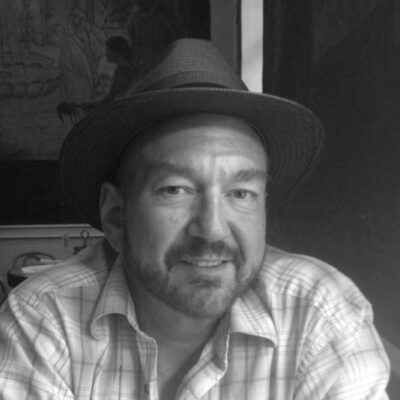 Michael Larice is a designer and educator, who teaches urban design and urbanism, applied theory, design methods, street and transit design, and progressive housing.  Although he is an architect, city planner, and urban designer – he is primarily an urbanist. He takes a comparative, pluralist, and collaborative approach in teaching, research and practice to help students, professionals, and clients better transform their cities – how they can overcome struggle, how they can sustain themselves, and how they can thrive. Most of his urban design studios are partnered with clients trying to solve very real public realm, community, and development problems. Among these clients have been the cities of Abu Dhabi, Seattle, Oranjestad, Philadelphia, Vancouver, Park City, and Salt Lake City. This pragmatic design approach helps students build skills, construct competitive portfolios, operationalize theory, write more effectively, and address the challenges they will face in their professional careers. Many of his funded studios result in professionally formatted studio monographs for project clients. Over his career, Professor Larice has helped educate and place hundreds of forward-thinking planners and urban designers with firms and public agencies across the country. Professor Larice’s professional and academic work focuses largely on the transformative urban design of livable places – and increasingly on how to manifest socially sustainable places. Previous research looked at dense urban neighborhoods, development approvals, slum upgrading, streetcar impacts on quality of life, urban arterial livability, and, the history and theory of livability thought. He continues working toward the professionalization of the urban design field, the democratization of planning, and the transformation of urban places.

ENVIRONMENTAL DESIGN 4B - THE GLOBAL CITY

Larice, M. and Hinners, S. (2016). Assessing the Impacts of Streetcars on Economics, Equity, and Quality of Urban Life. US Dept of Housing and Urban Development – Sustainability Communities Program.

Larice, M. and Scheer, B. (2016). Strategic Design and Policy for Improving the Livability and Multimodal Use of U.S. Urban Arterials and Commercial Highways. National Institute for Transportation and Communities.