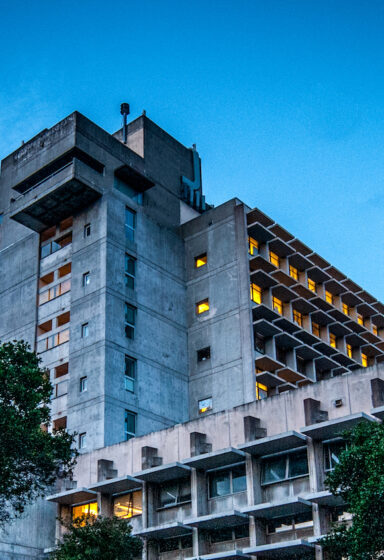 After the founding of the College of Environmental Design, the new entity needed a new home. Planning for what would later be named Wurster Hall began in the late 1950s, although the building was not completed until 1964.

William Wurster championed the idea that the building should be designed by members of the architectural faculty, as hiring an outside architect would indicate a lack of faith in the faculty’s skills. Distrusting unanimity, he relished the idea of having three architects with totally different points of view. His choices were Vernon DeMars, Donald Olsen, and Joseph Esherick.

For two years, from 1958 to 1960, the architects met with a faculty building committee and Louis DeMonte, the campus architect. As many as 20 schemes were developed as departments explored circulation and orientation and quibbled over space allocations and locations, while the different architects argued from their varying perspectives. One point of agreement was that the new building should have a courtyard, as a carryover from the cherished courtyard in the “Ark,” the previous architecture building (now North Gate Hall).

That was where similarities with the old building ended. William Wurster wanted the designers to design what he called a ruin, a building that “achieved timelessness through freedom from stylistic quirks.” The idea of using concrete reflected both economic realities and aesthetics of the time — the Yale School of Architecture had recently been finished and was also built of concrete. While the architects deny they were following any particular style, the building’s design has commonly been labeled Brutalist.

In December of 2020 as part of the “150 Years of Women at Berkeley” celebration, the College of Environmental Design renamed Wurster Hall to Bauer Wurster Hall to commemorate both of the college’s founders, William W. Wurster and Catherine Bauer Wurster. Learn more about the founders of CED and the renaming of the building here. 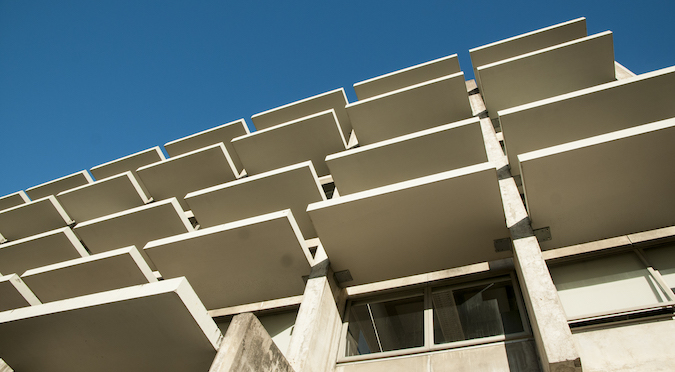 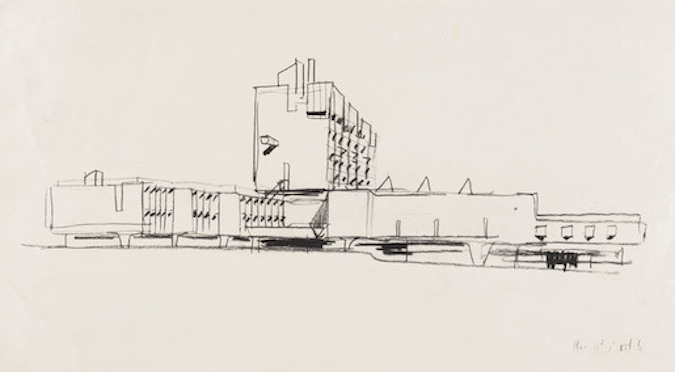