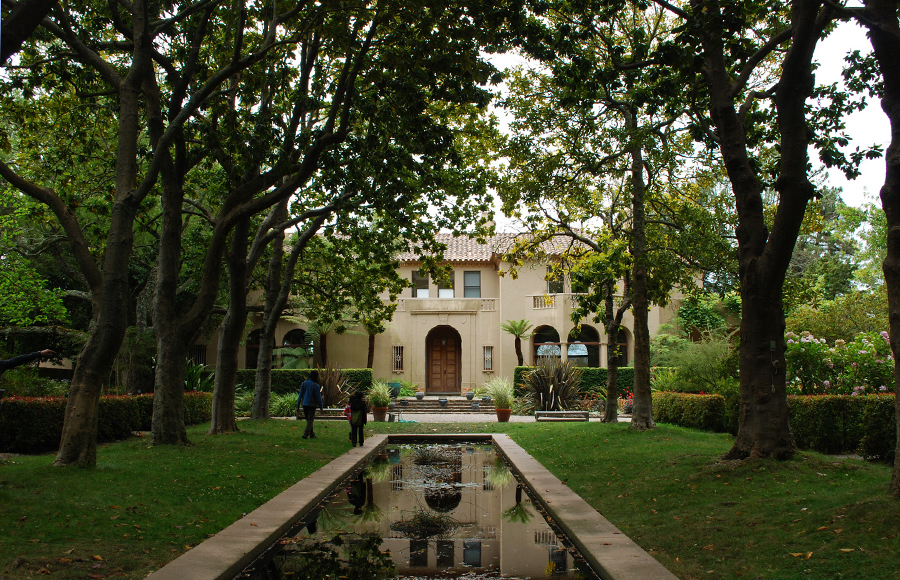 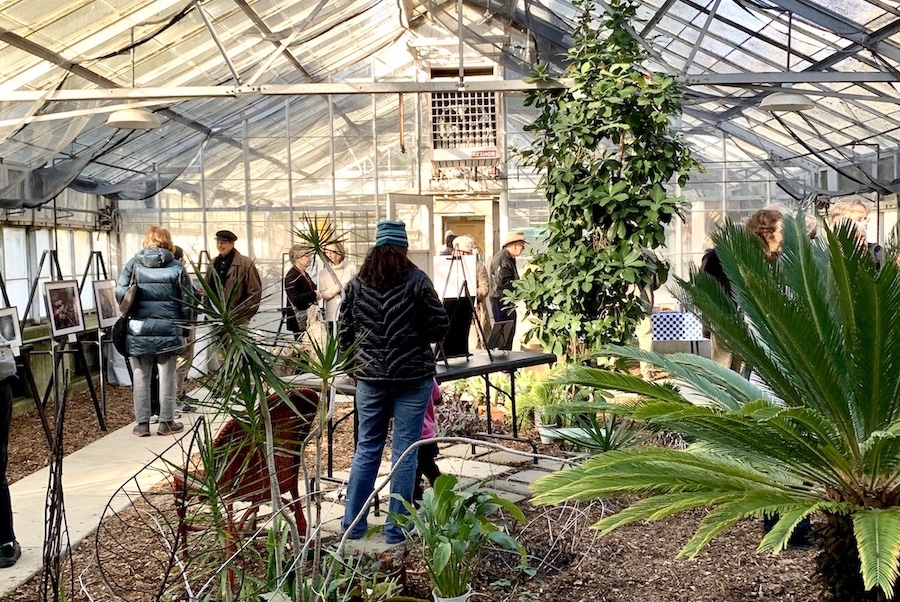 The 10.6 acre public garden, with its stunning hill views of the San Francisco Bay and the Golden Gate, is located four miles north of the Berkeley campus in the town of Kensington. Our mission is to expand and sustain a well designed outdoor environment that supports teaching and research in Landscape Architecture and Environmental Planning. Blake Garden encourages the development of understanding and appreciation of nature in the garden environment. The garden contains a large diversity of plant materials that grow in our Mediterranean type climate and contains new and historic garden design and structures designed and built by UC Professors from the College of Environmental Design, students, and the garden's staff.

The garden’s development began in the early 1920′s. Mr. And Mrs. Anson Blake, of Berkeley, sought a new site for their home to make way for the university’s proposed football stadium to be built at the entrance to Strawberry Canyon. Although the site had previously been purchased as a potential quarry, they realized that its true value was in its richly varied terrain, unusual rock outcrops, and the spectacular views of San Francisco and the bay area.

The garden was important from the beginning. So much so that when the house was designed, the Blakes impressed on the architect, Walter Bliss, that it be sited to take advantage of the views and shelter a portion of the garden from western marine exposure. Groves of laurel, coast redwood, canary island pine, acacia, and lacebark were planted in exposed areas throughout the garden using this approach.

The property, originally 22 acres, was designed to incorporate two homes; one for each of the brothers, Anson and Edwin Blake. Miss Mabel Symmes, one of the first students in the University of California at Berkeley, Department of Landscape Architecture and her sister, Mrs. Anson Blake, created the first garden plan.

Symmes and Blake created a progression of spaces by dividing the site into separate areas that reflected the varied topography and microclimates in the garden and linking them informally. Thus the visitor could experience the garden’s diversity and unique terrain in an intimate and logical way.

The garden is half its original size today. With Edwin’s death in the mid 1950s, the 22 acre property was divided into two parcels. The Anson Blakes retained 10.5 acres around their house. Edwin’s house retained a two acre parcel leaving the remaining land to be divided into small housing lots. Eventually, Edwin’s house was donated to the Roman Catholic Church who established a Carmelite Monastery.

In 1957 Mr. and Mrs. Blake deeded their house and garden to the University of California, “reserving unto themselves and the survivor of them the right to occupy the property for life.” With the death of Mr. Blake in 1959 and Mrs. Blake in 1962, the house and garden passed to the University. The decision was made in 1967 that the house would be used as the official residence of the President of the University of California. The garden’s management was given to UC Berkeley’s Department of Landscape Architecture as a resource for its programs.

The garden has been used as an outdoor laboratory for plant identification, planting design, the study of problems in spatial relationships, and other studies in landscape architecture and environmental design since the 1960s. Under the guidance of succeeding directors such projects as surveying, mapping, and photographing the site, as well as cataloging plants, have been undertaken.

Blake Garden continues to serve as an important resource for students studying plant identification and garden design. It is valued for its substantial collection of over 1,200 species of established plant material.  Blake Garden offers visitor access and volunteer programs for the general public, as well as work study programs and internships through the Department of Landscape Architecture and Environmental Design. 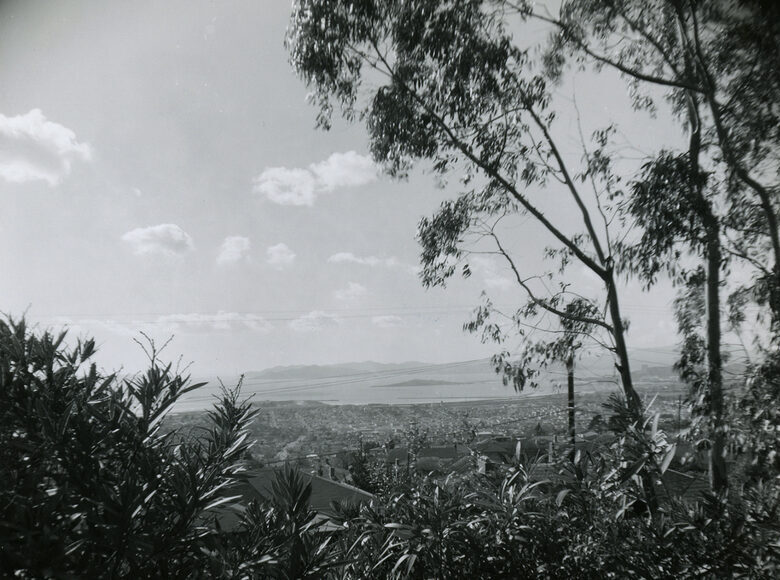 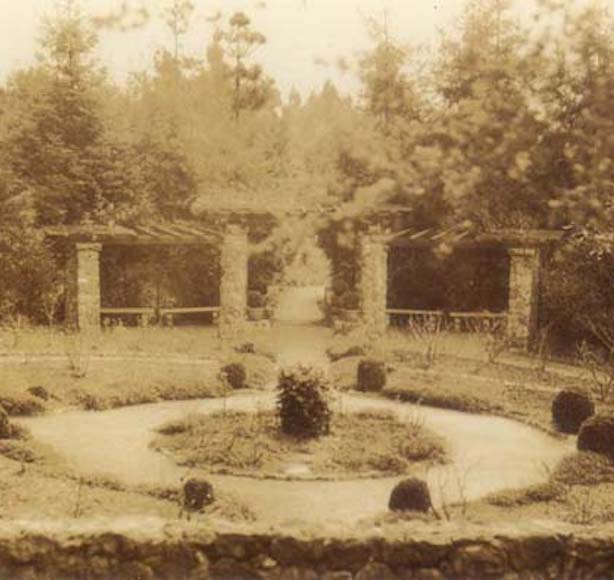 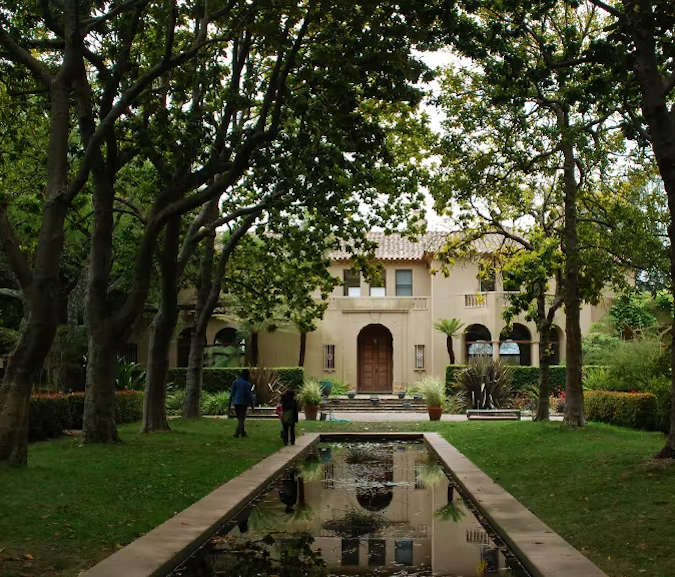 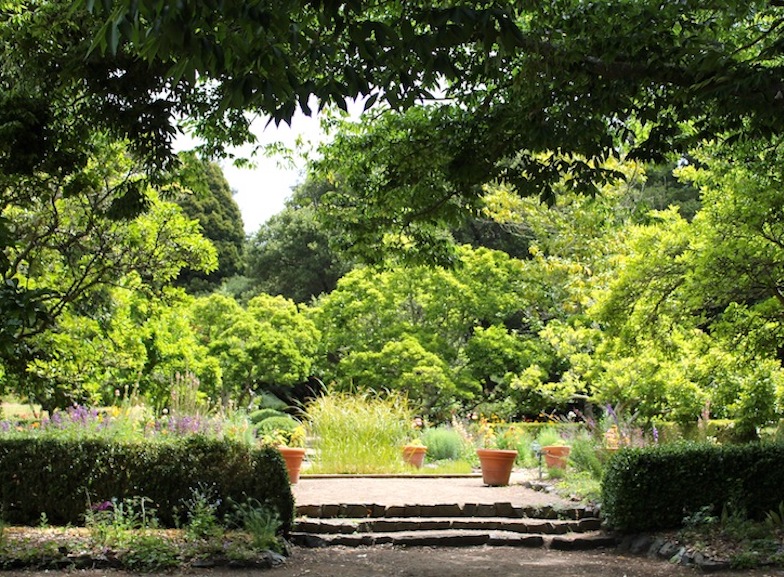