Perched on Panoramic Hill just above the UC Berkeley campus, a masterpiece of twentieth-century California modernist architecture, Havens House, is currently used as a residence for distinguished visiting CED professors and as a site for studio investigations and projects. The house is under the stewardship of the College of Environmental Design.

The visionary Weston Havens House was designed in 1940 by architect Harwell Hamilton Harris for the philanthropist John Weston Havens Jr. Following a lineage of enlightened sensibility from Frederick Law Olmsted to Frank Lloyd Wright, Harris belonged to that generation that sought to transform the American suburb into a place of culture.

As the grand nephew of Francis Kittredge Shattuck, a pioneer founder of Berkeley and Oakland, Weston Havens inherited not only his great-uncle’s legacy but also his progressive spirit. Havens selected Harris to design his home because he understood that they shared the same regional modernist values — values that became the foundation for a life-long friendship between the two men.

Even before the first timber was erected, the Havens House was recognized for its structural innovation and aesthetic appeal. As an influential work of architectural significance, it has been compared to Richard Neutra’s Lovell Health House and Frank Lloyd Wright’s Fallingwater. In 1944 Elizabeth Gordon, editor of the highly influential House Beautiful, proclaimed it "one of the most perfect examples of contemporary American architecture." Today, it continues to be honored, most recently in the Los Angeles County Museum of Art (LACMA) exhibition California Design, 1930–1965: "Living in a Modern Way," the first major study of California mid-century modern design (at LACMA October 2011 through March 2012). 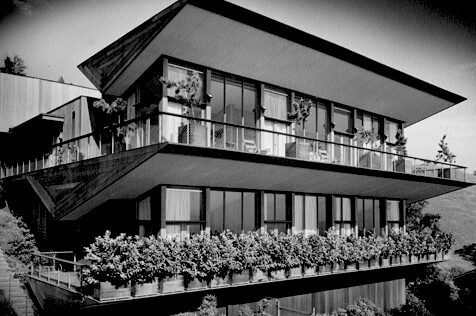 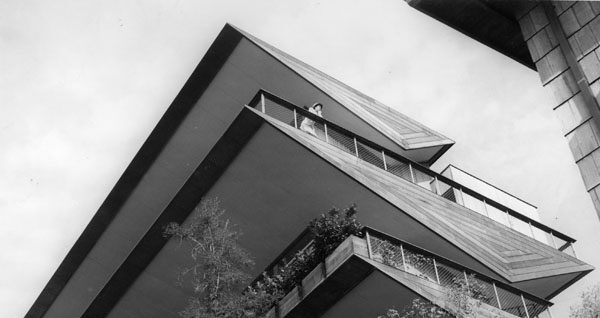 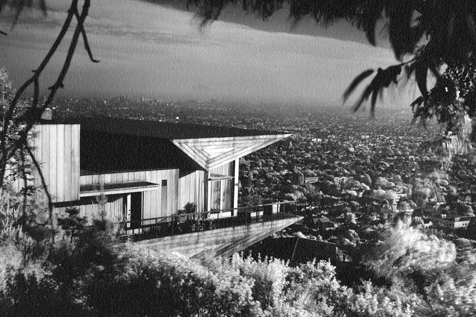 The most striking features of the house are the three inverted triangular trusses supporting the roof, main and lower floors — a highly original concept that makes the house appear to float above the hillside and, in the interior, projects the beholder into the sweeping view.

A three-foot grid, typical of Harris’s work, organizes the house spatially and functionally. The main floor comprises the entry, upper bedroom, bath, kitchen with its original appliances, and living and dining areas. Separating the dining room from the kitchen pass-through is a mural of the world by Patricia Fudger, painted — wisely, as WWII was unfolding — without borders.

The lower floor features two additional bedrooms and adjoining bathrooms. The balance expressed in these compact yet open spaces is a continued reflection of a theme that extends throughout the entire house — of intimacy and drama, light and shadow, and rigorous order played against a backdrop of nature.

The surfaces and materials found throughout the house — walls of books and unfinished redwood, Celotex fiberboard closet doors, and Johns-Manville Flexboard ceiling panels — express a rich tactile sensibility and innovative applications. Original furnishings by Alvar Aalto, Bruno Mathsson, and other prominent Scandinavian designers, which Havens discovered during a trip to Scandinavia, are found throughout the house.

The Havens House retains its original exterior and interior design integrity, and is one of the few houses in the world that is as modern now as it was in 1941. It reflects the apex of Harwell Hamilton Harris’s design philosophy and is a testament to an ideal, and often rare, synergy between architect and client. 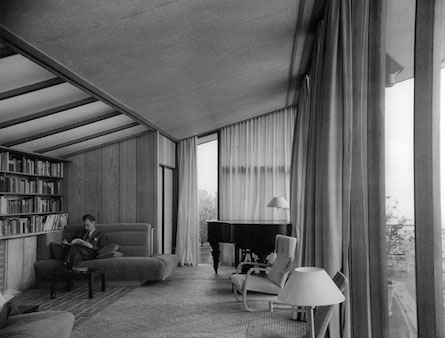 A 1942 Man Ray photograph of the living room of the house. Permission to post photograph is granted by the Artist's Rights Society, New York. 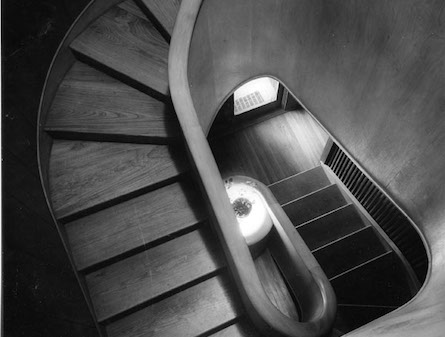 A 1942 Man Ray photograph of the view looking down at the stairwell.Permission to post photograph is granted by the Artist's Rights Society, New York. 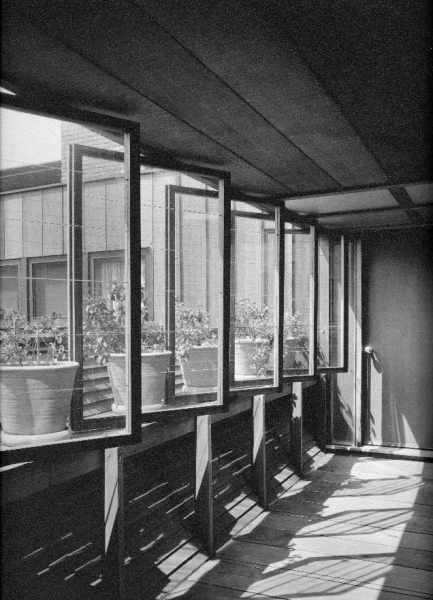 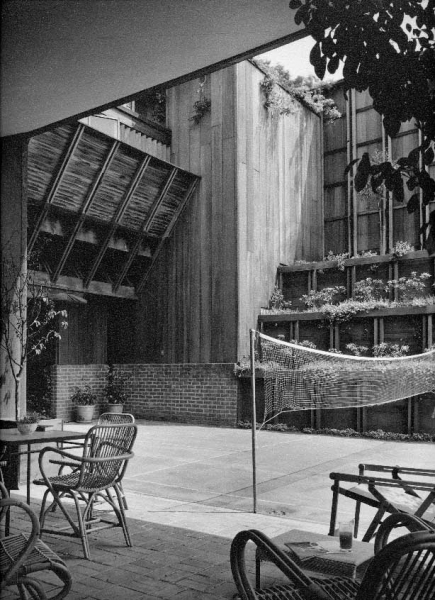 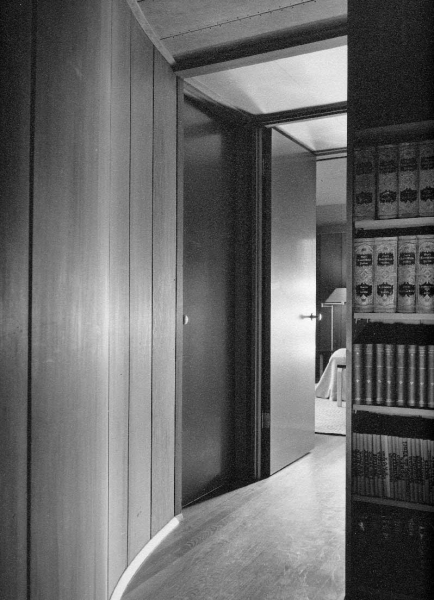 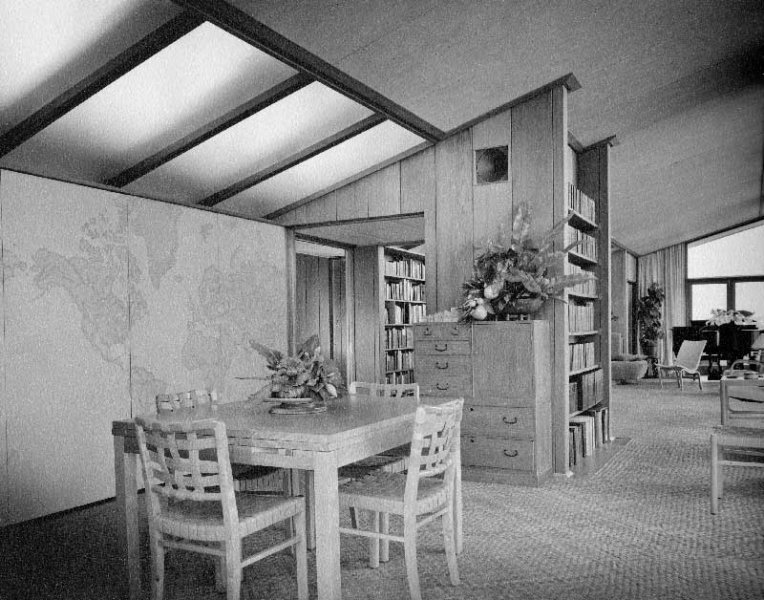 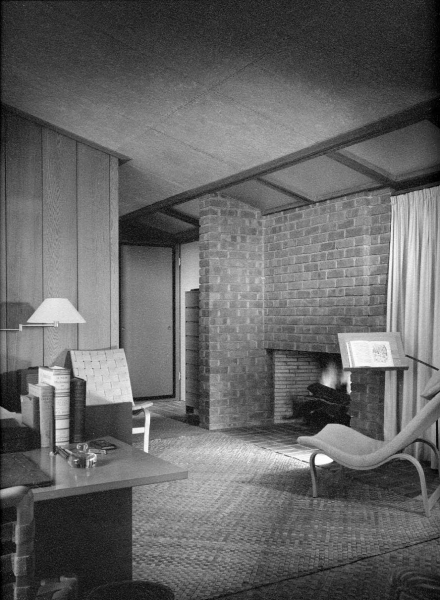 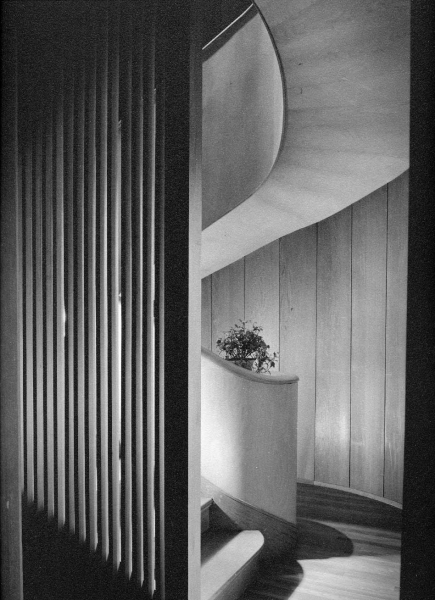