Housing remains one of California’s most pressing architectural issues, yet the program of multi-family housing has not been a part of the coordinated graduate studio sequence at the College of Environmental Design (CED) for over two decades. This past fall, the third-semester urban-focused studio, ARCH 201, took on this challenge under the leadership of studio coordinator Professor Rudabeh Pakravan, with the full support of Department of Architecture Chair and Professor Lisa Iwamoto. Taught by a diverse group of faculty, all four studio sections addressed medium to high density housing along Oakland's Broadway Avenue, the city's oldest street and the subject of a broad revitalization program to rebuild this important civic corridor.

Program specifics and methods of investigation were defined by each instructor, while the larger goals of the studio addressed topics such as relationship to site and urban context, creation of inclusive public space, formal and spatial legibility, relevant construction methodology, and contemporary modes of urban living. While all focused on housing, the studio programs were as varied as the choice of program sites along Broadway Avenue — a byproduct of popular Bay Area shared living communities in the 1960s.

"Uncommon Form Legibility and the Urban Common Space," led by Professor Rudabeh Pakravan, focused on intensifying the relationship between the public realm and interior space through the vehicle of the facade. Professor René Davids's "Agripolis"studio asked students to utilize air rights over existing buildings around Oakland’s wholesale market, located between Broadway Avenue and Webster Street. Inspired by the intimate preindustrial relationship between agriculture and cities, the studio concentrated on establishing relationships between housing and farming within the urban context.

Students produced analytical studies and/or urban strategies based on individual studio objectives in the first third of the semester and focused on the architectural development of the housing projects in the remaining two thirds. By focusing on housing in the contemporary city as an opportunity for each student to think and design critically from the scale of the city to that of a unit, the studio built upon fundamental architectural concepts taught in the first year of the graduate program.

Unifying the program of the four studio sections exposed students to a diverse set of perspectives and approaches — a CED hallmark — and provided valuable opportunities for them to learn from one another. 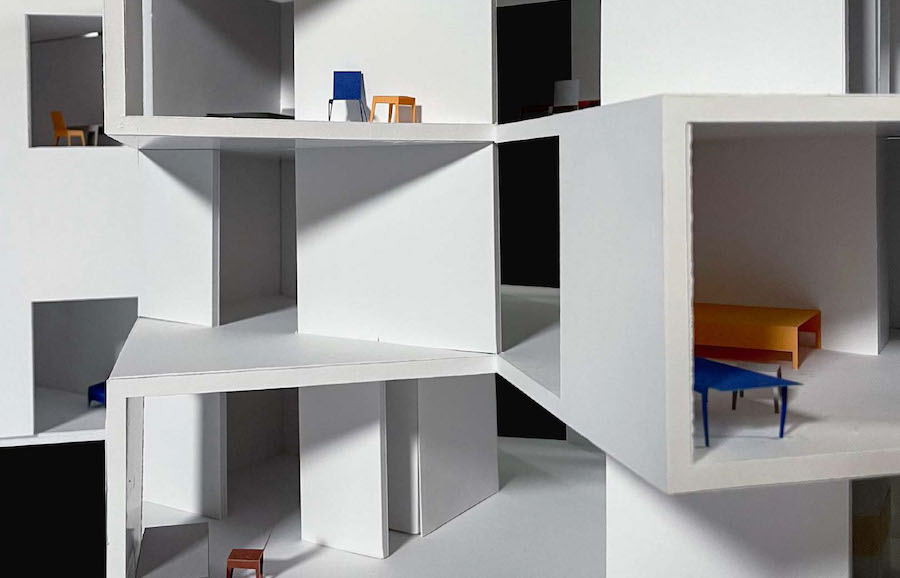 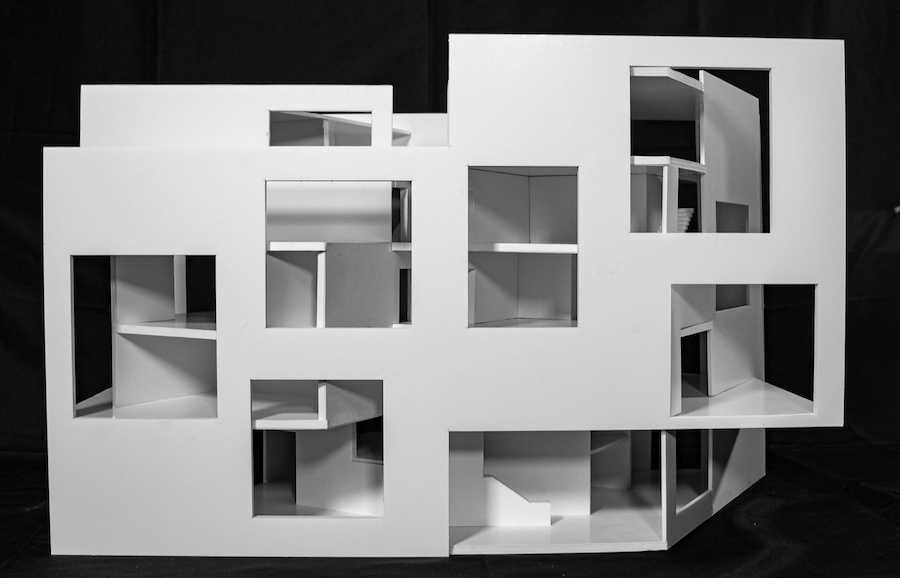 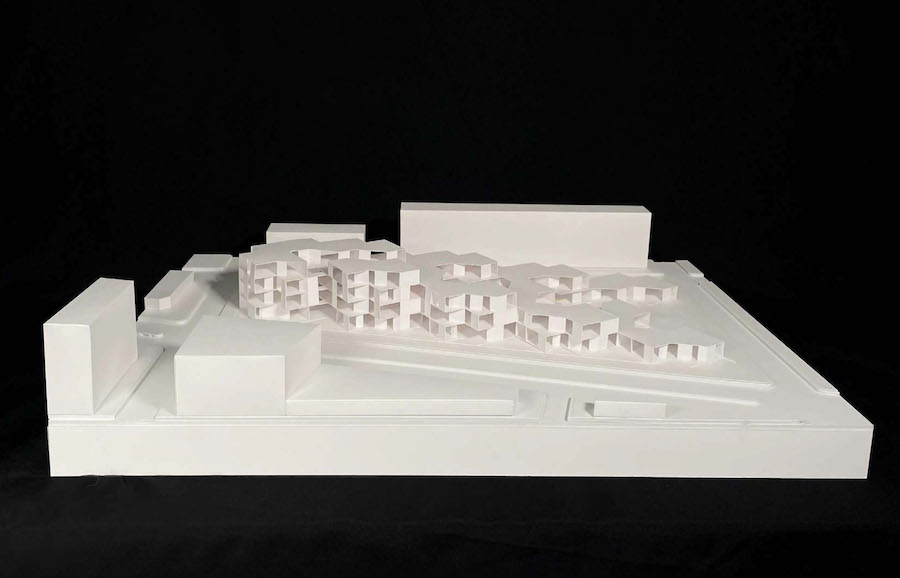 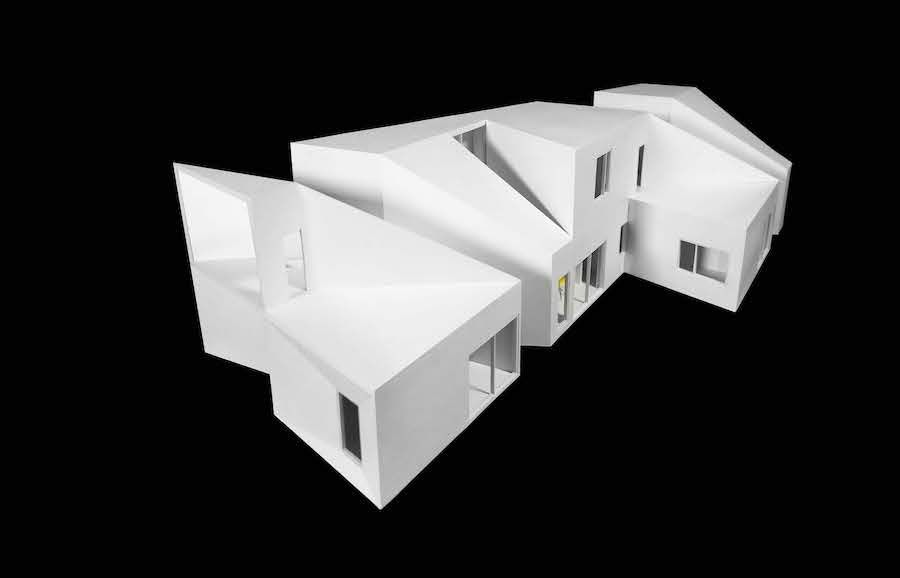 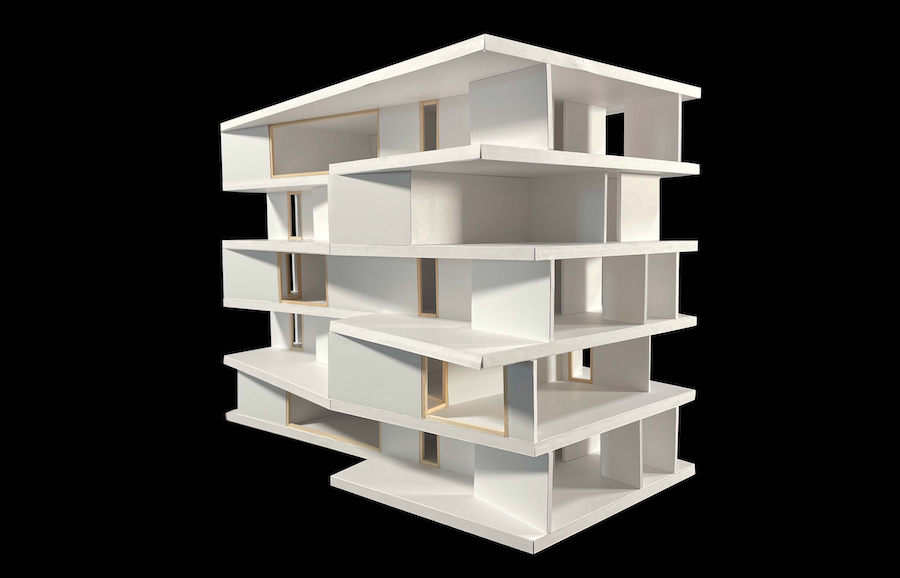 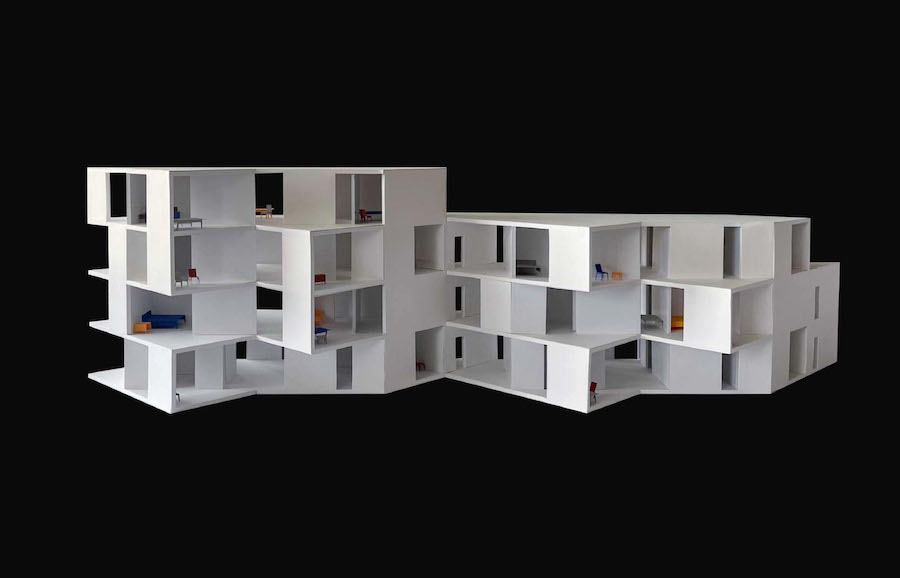 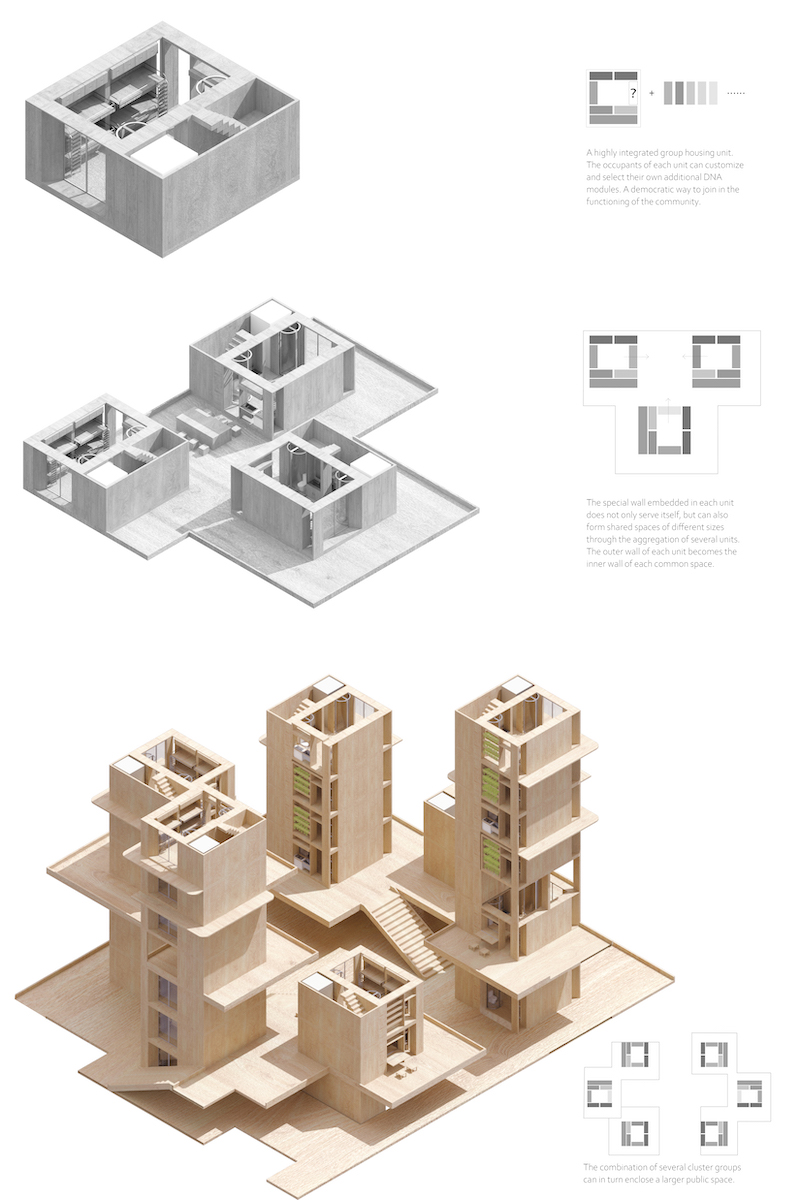 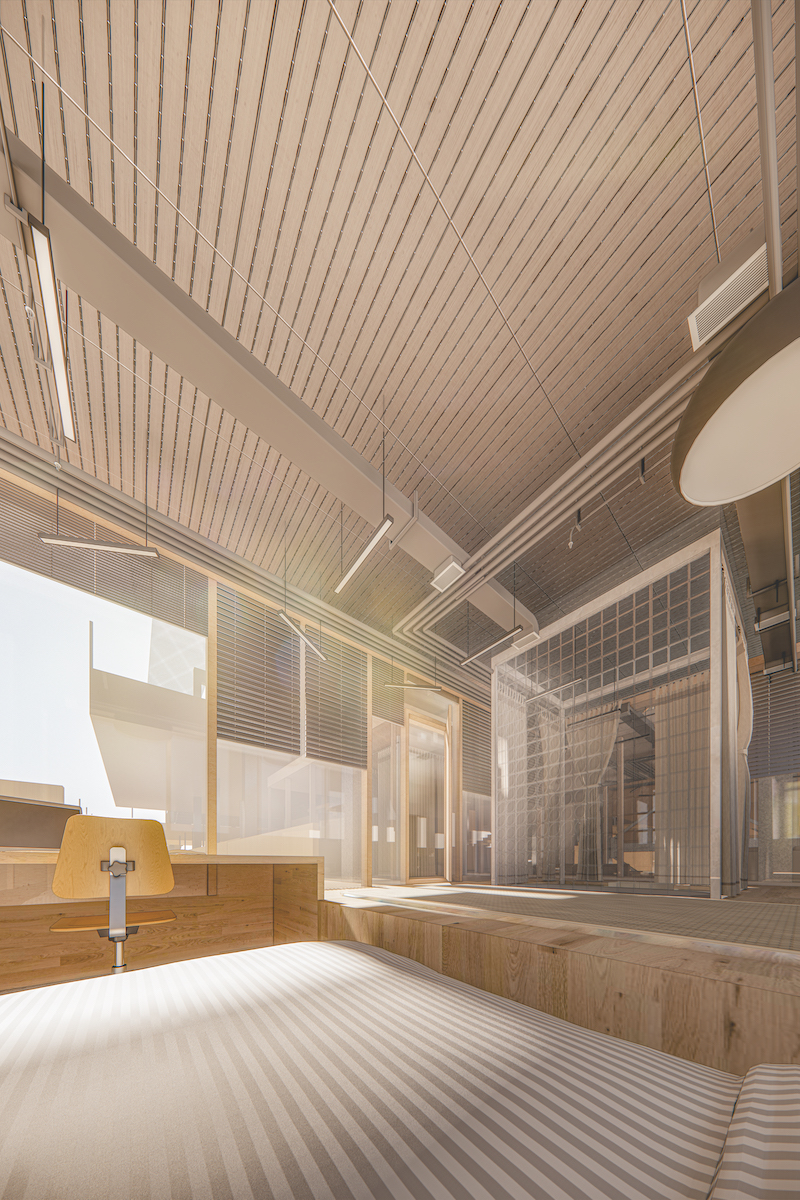 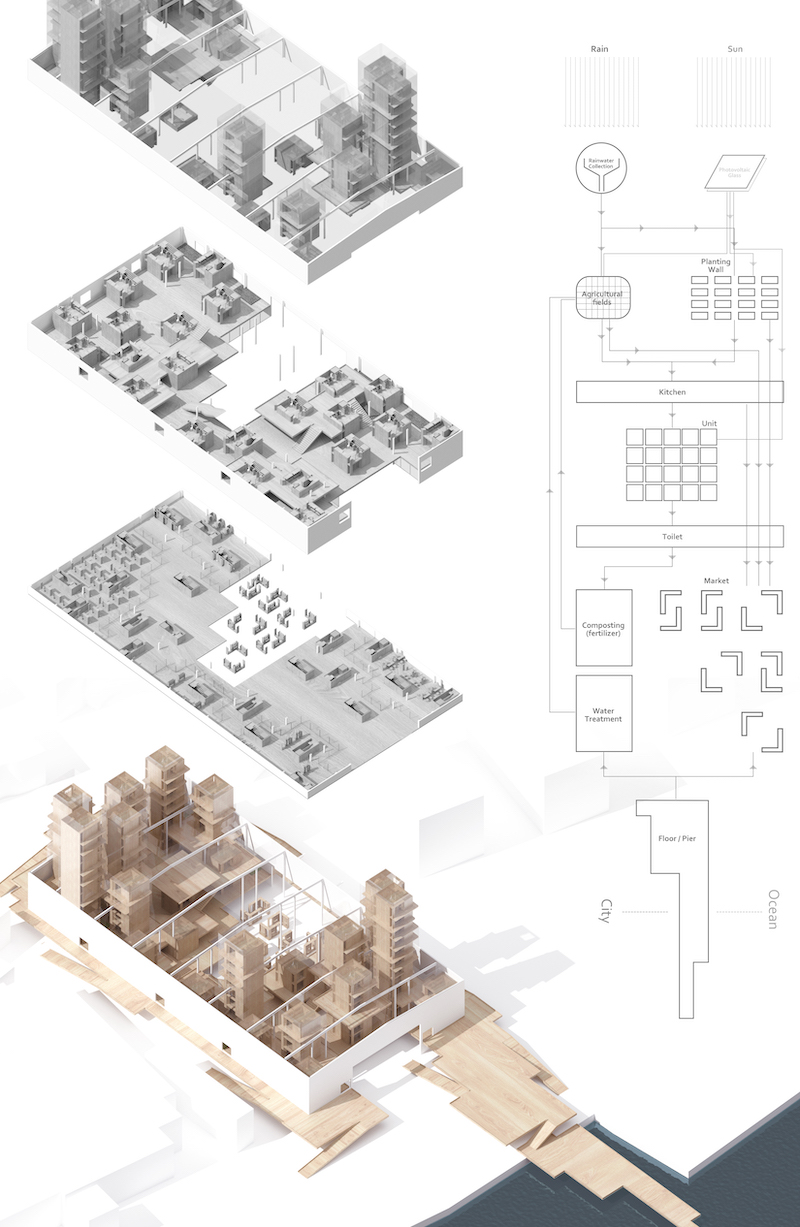 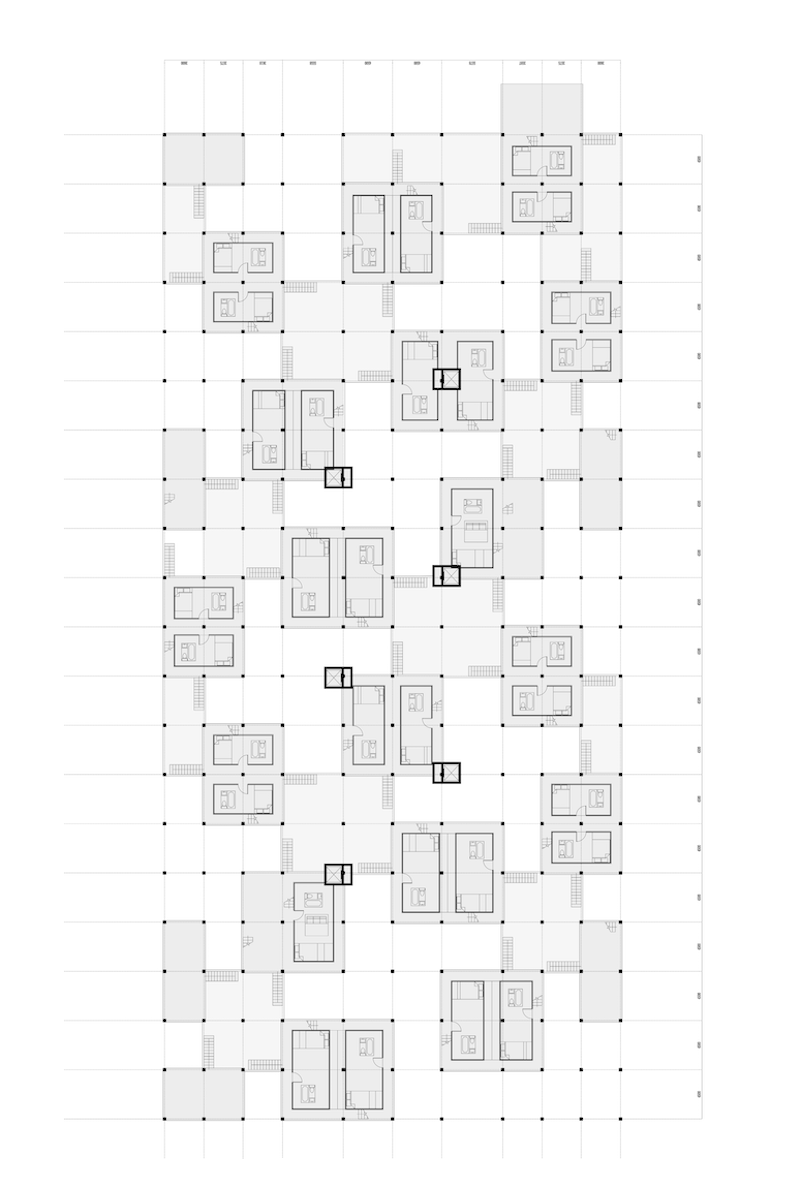 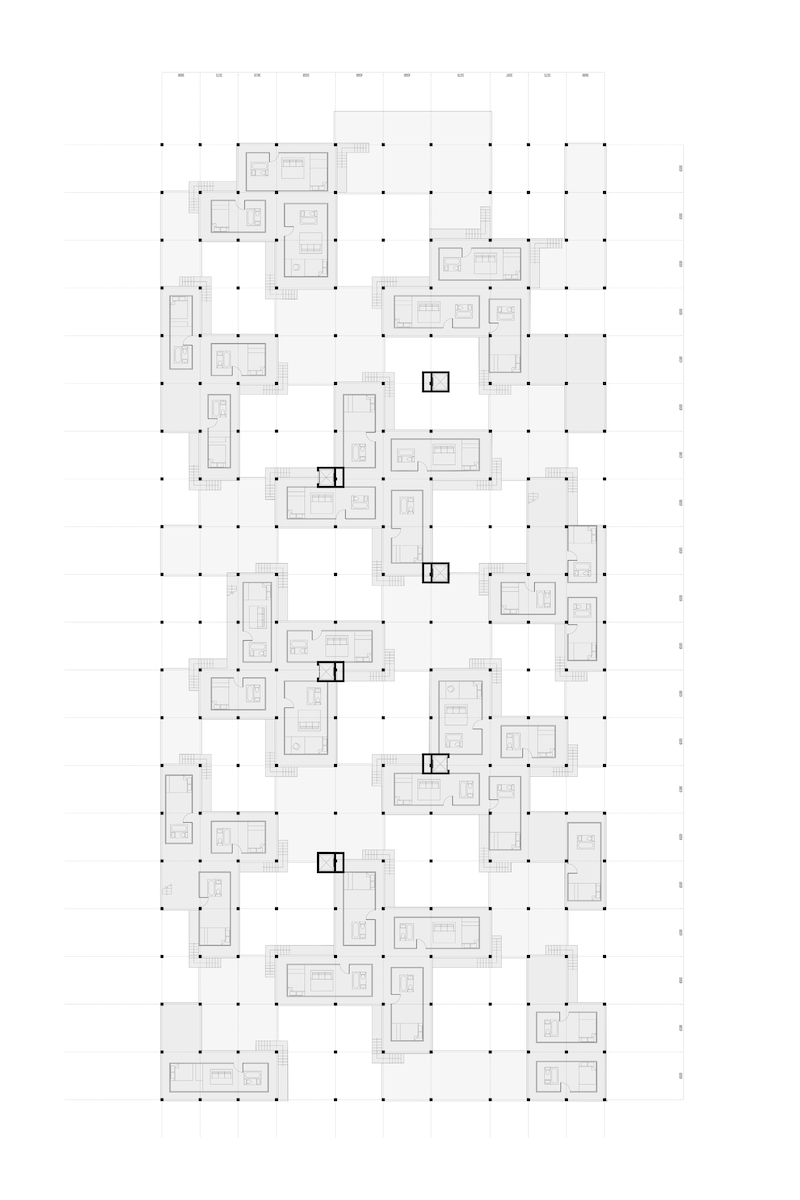 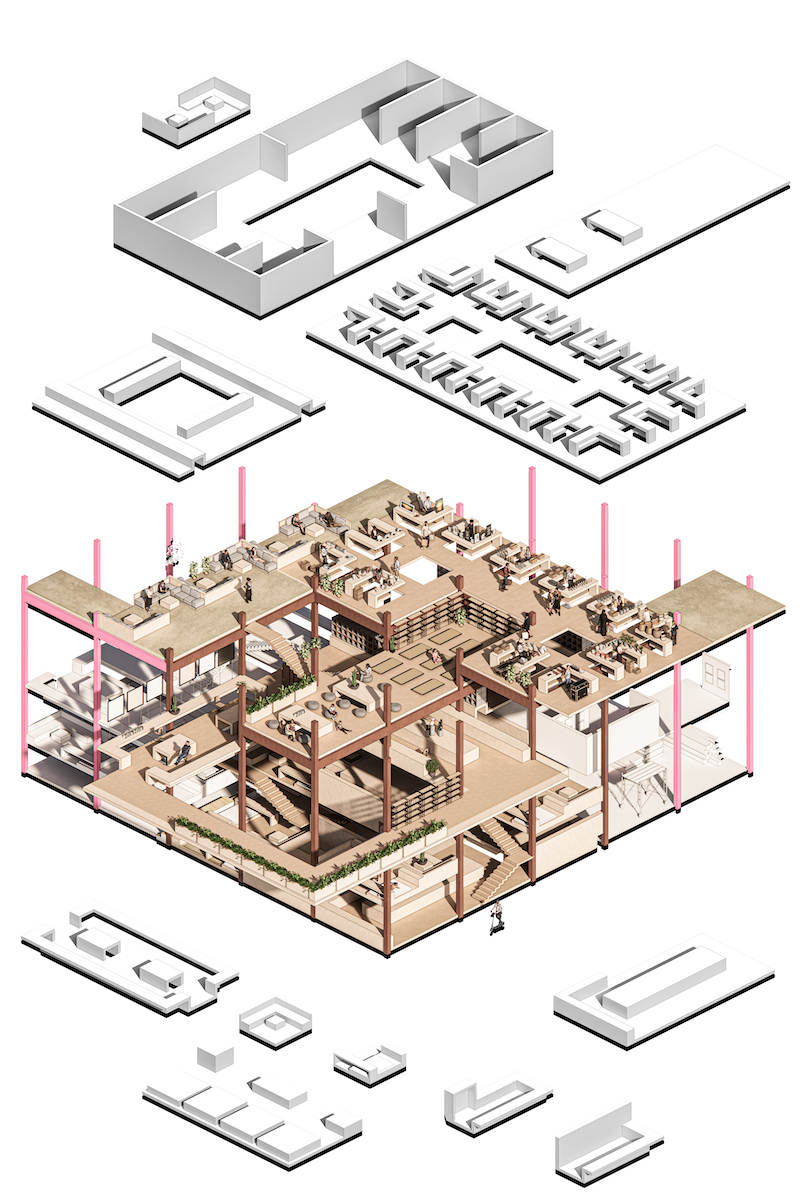 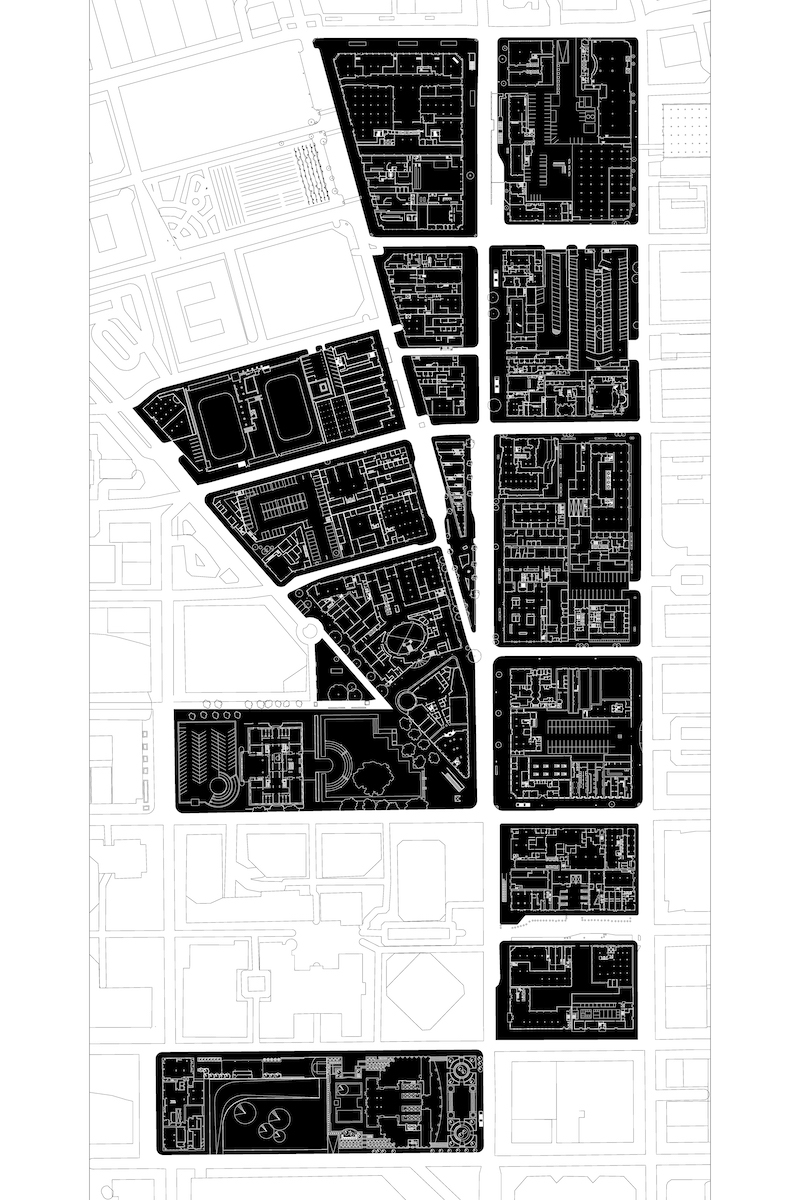 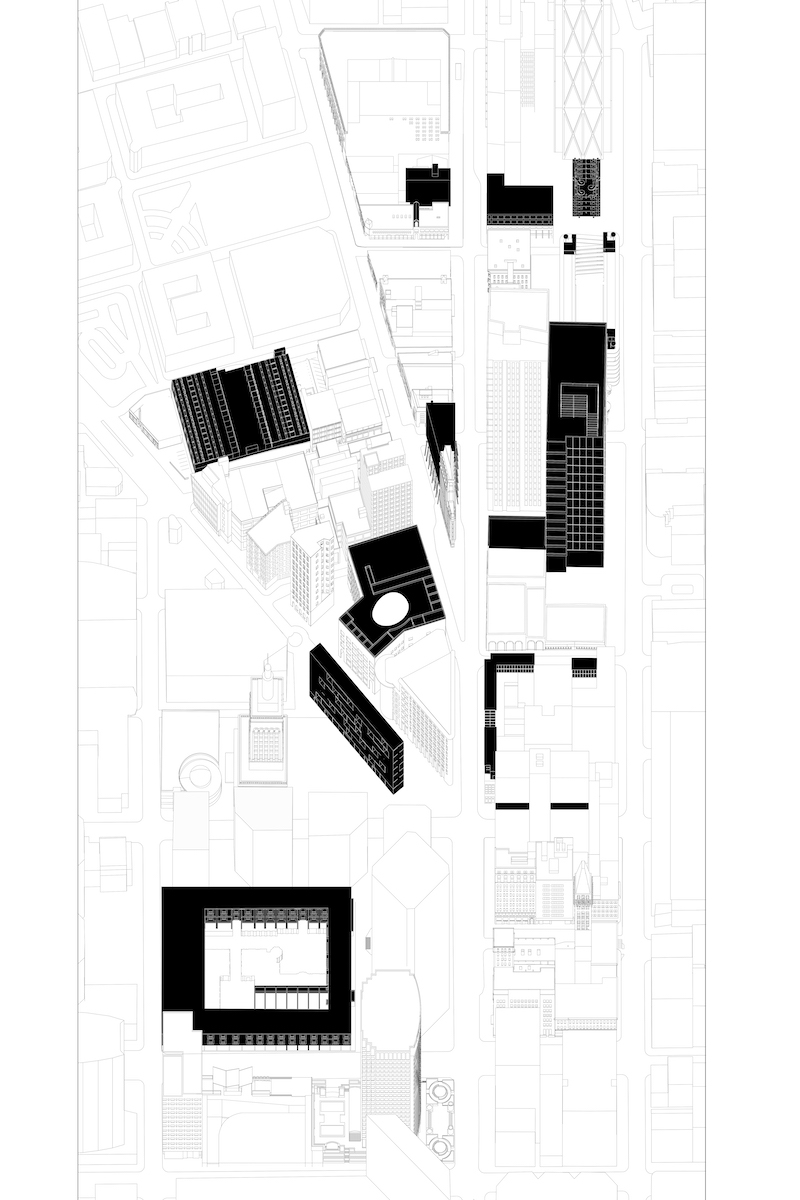 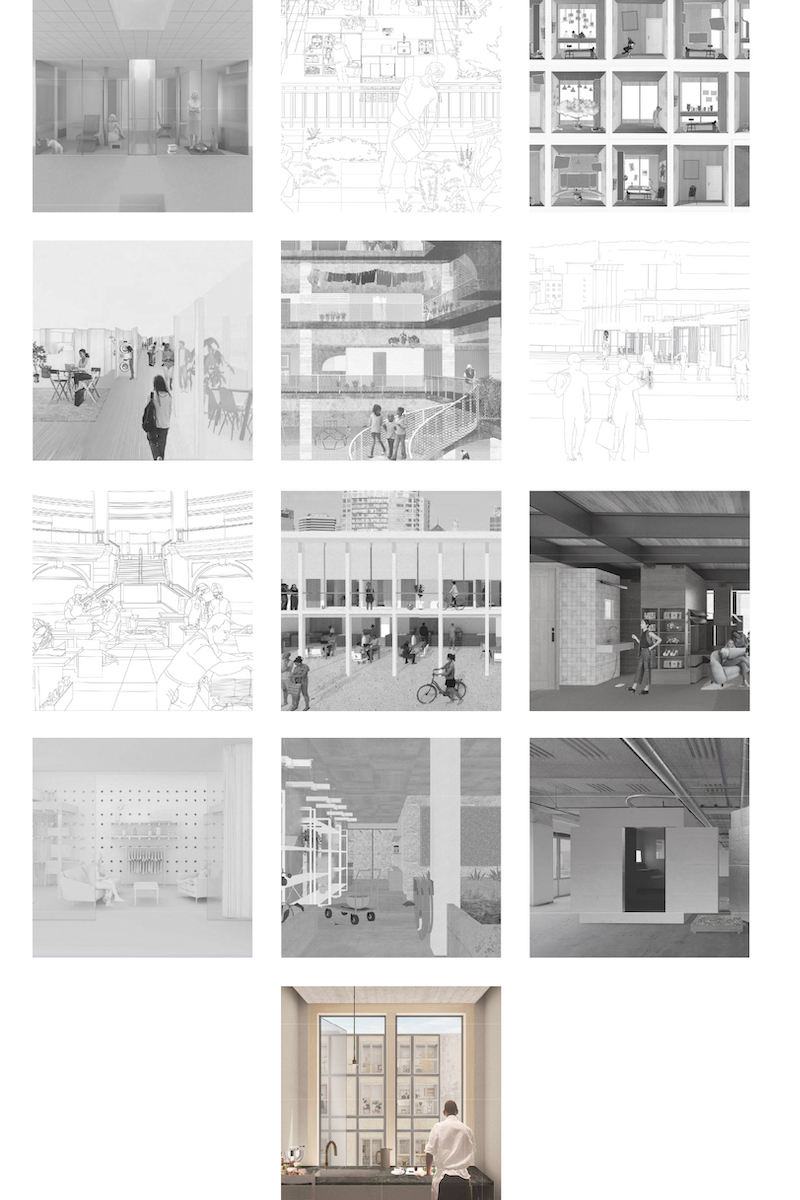 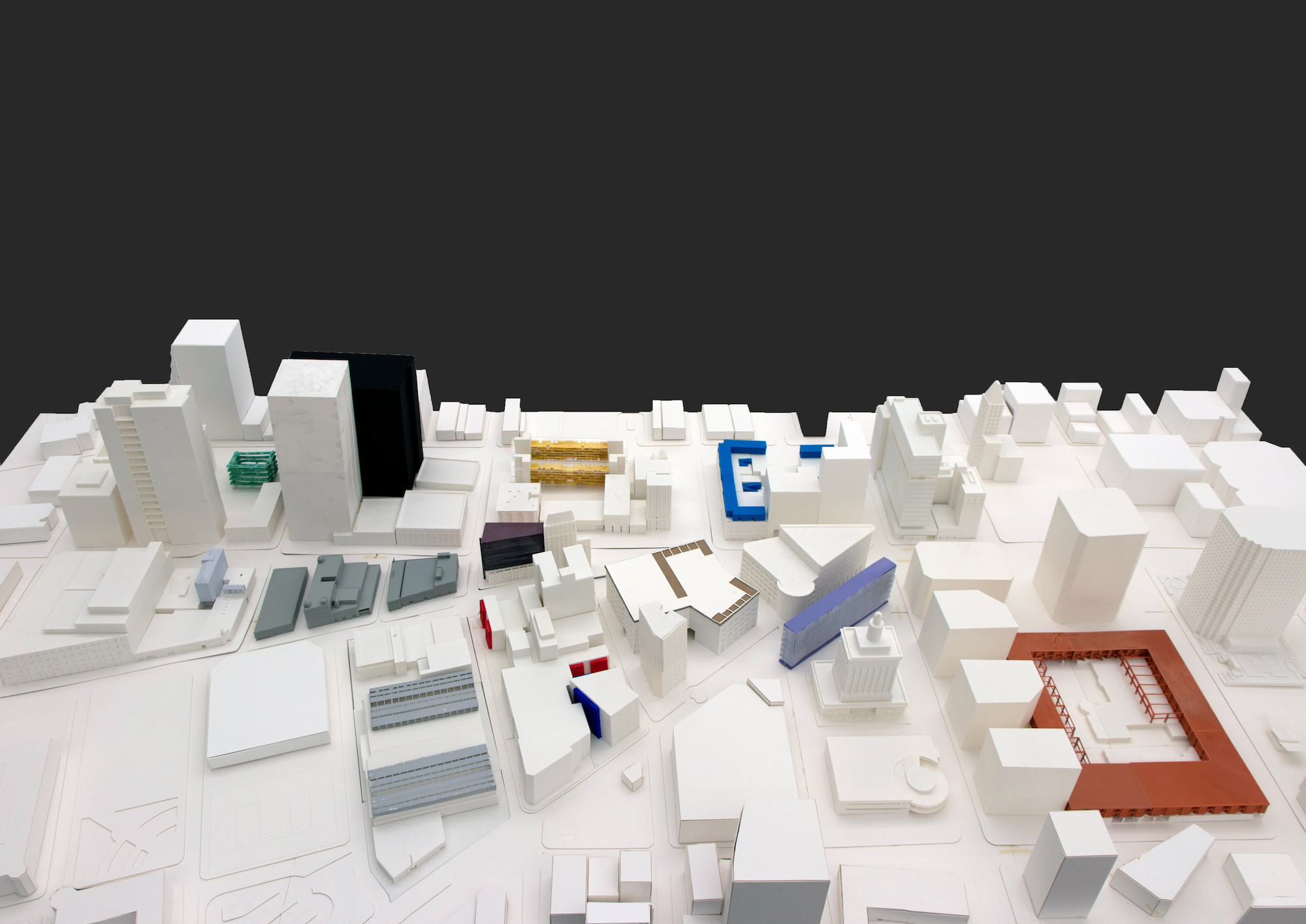 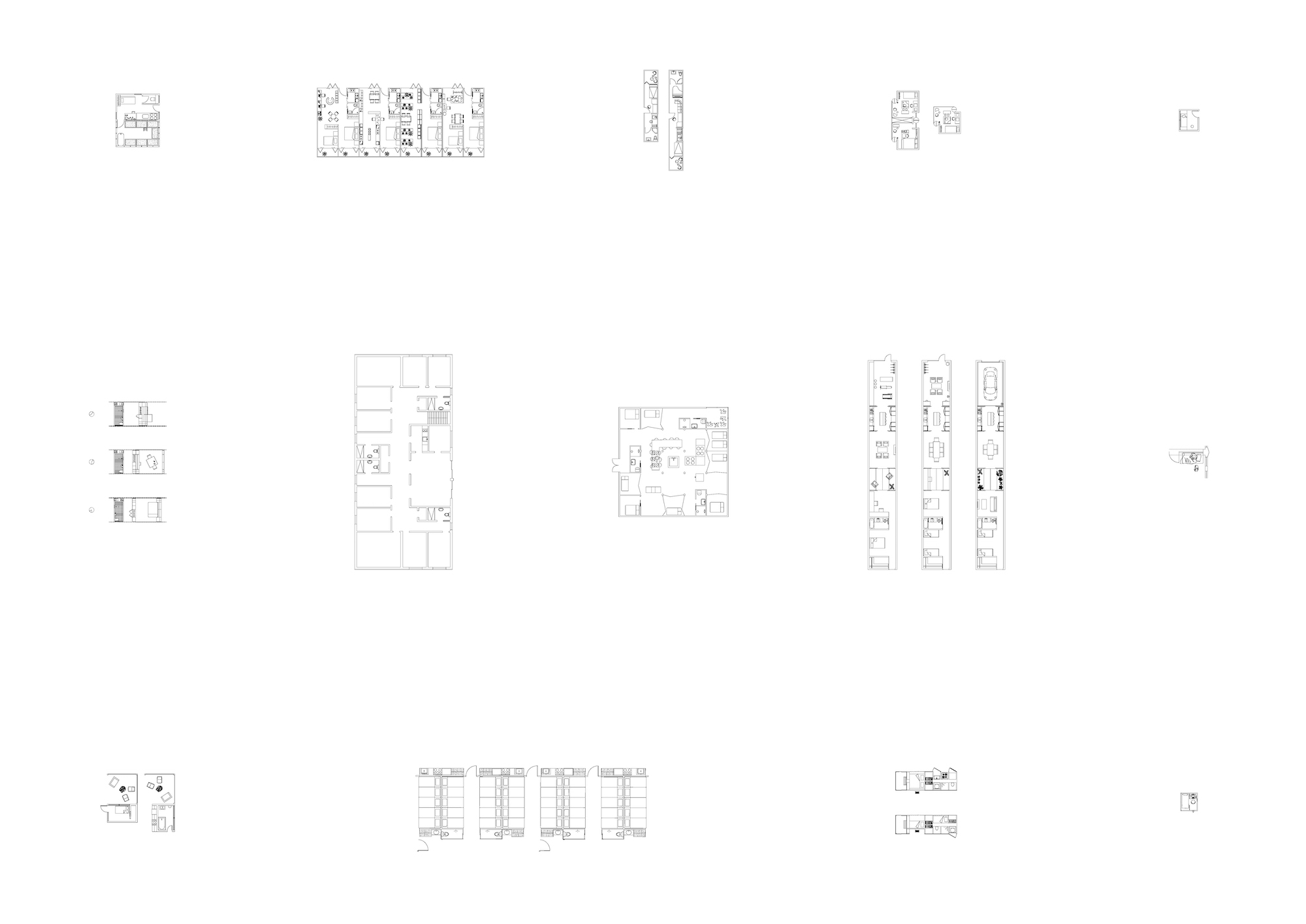 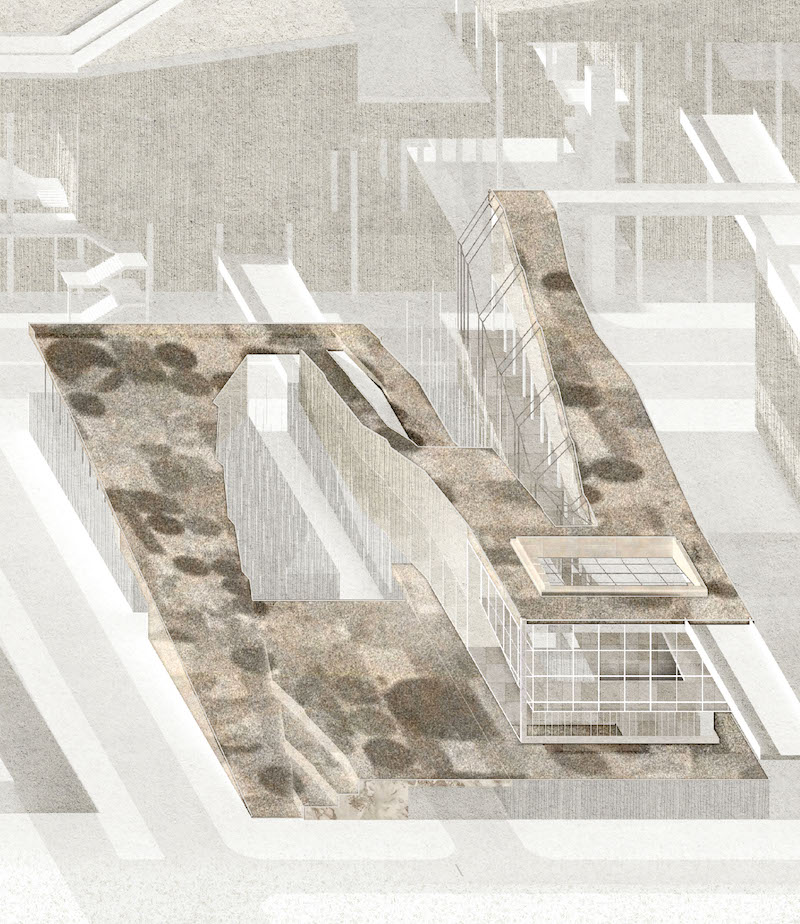 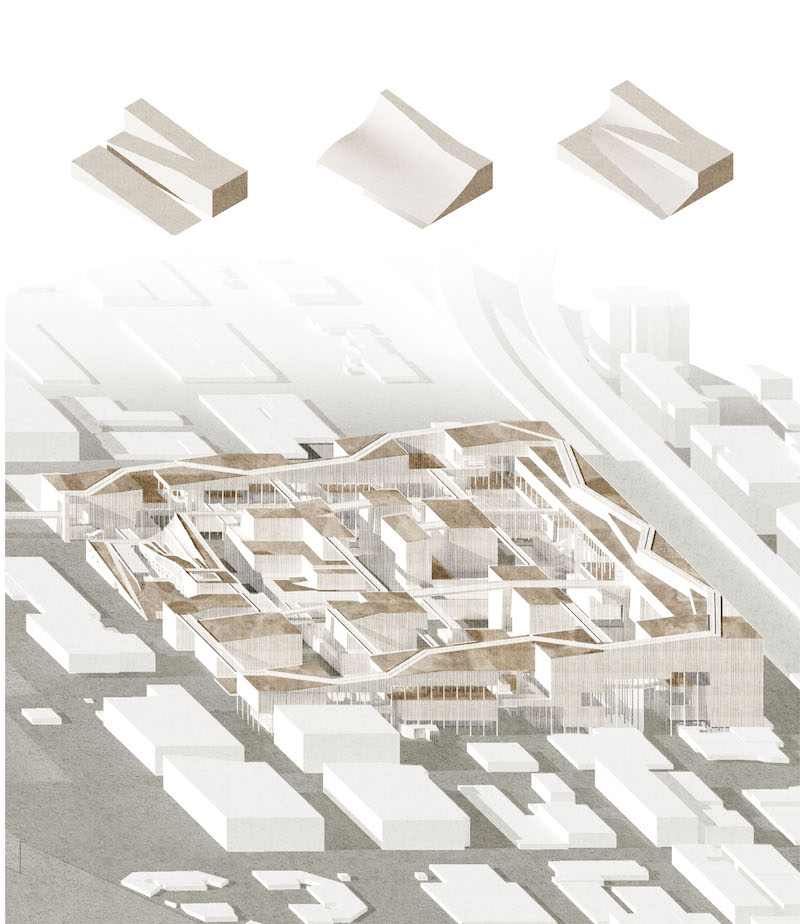 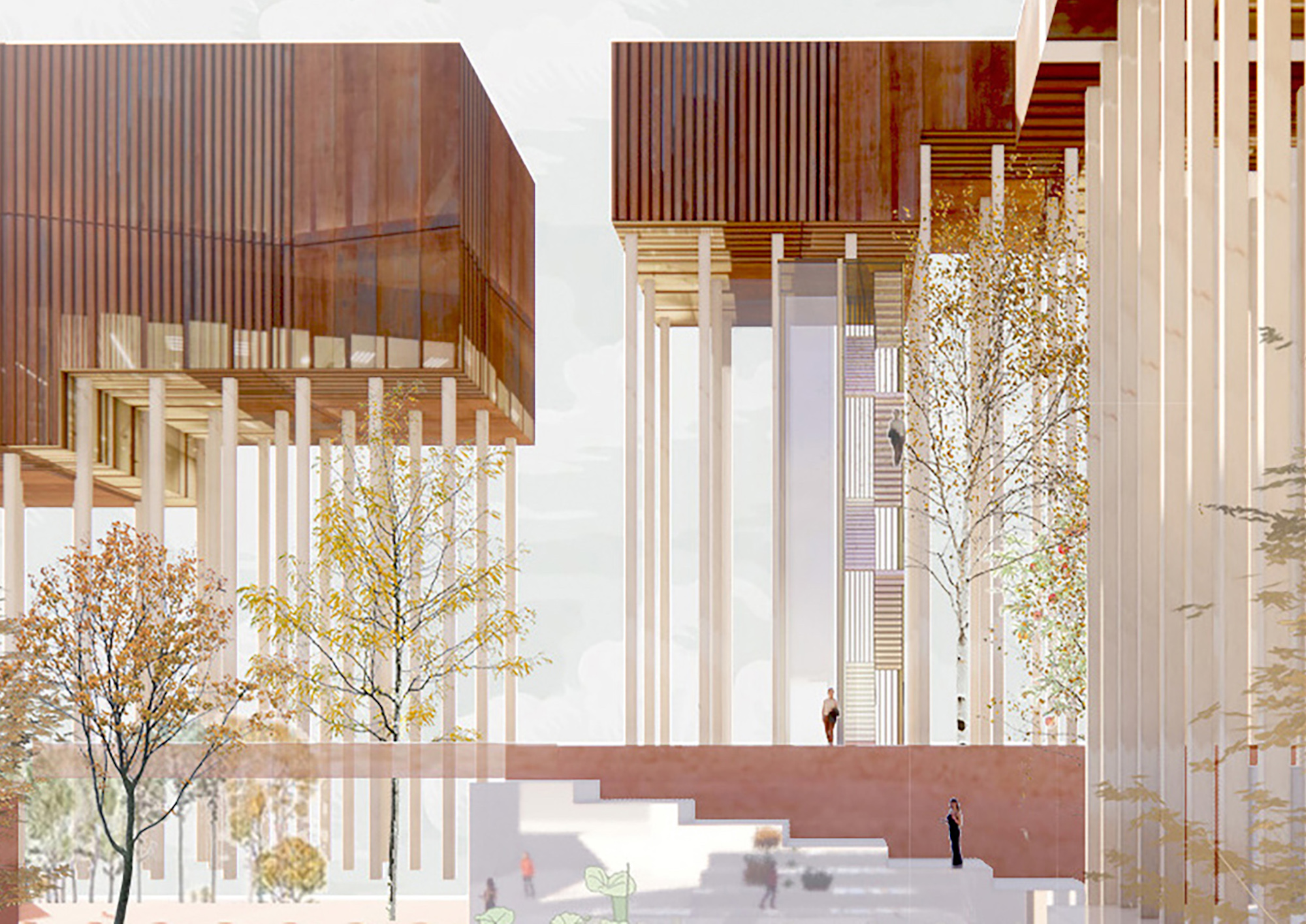 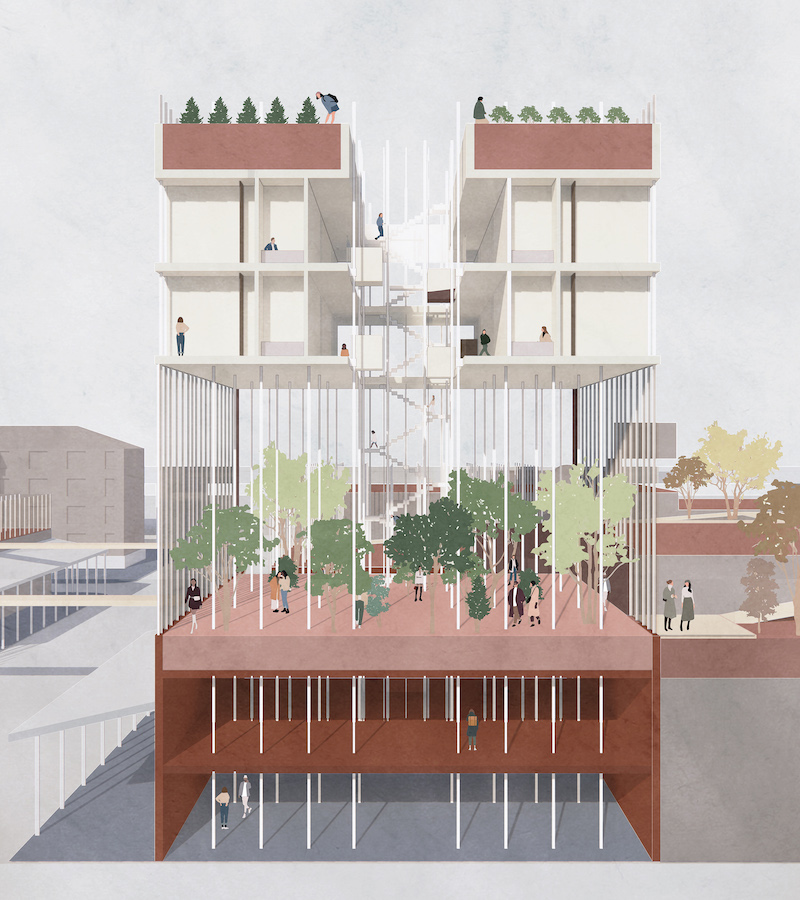 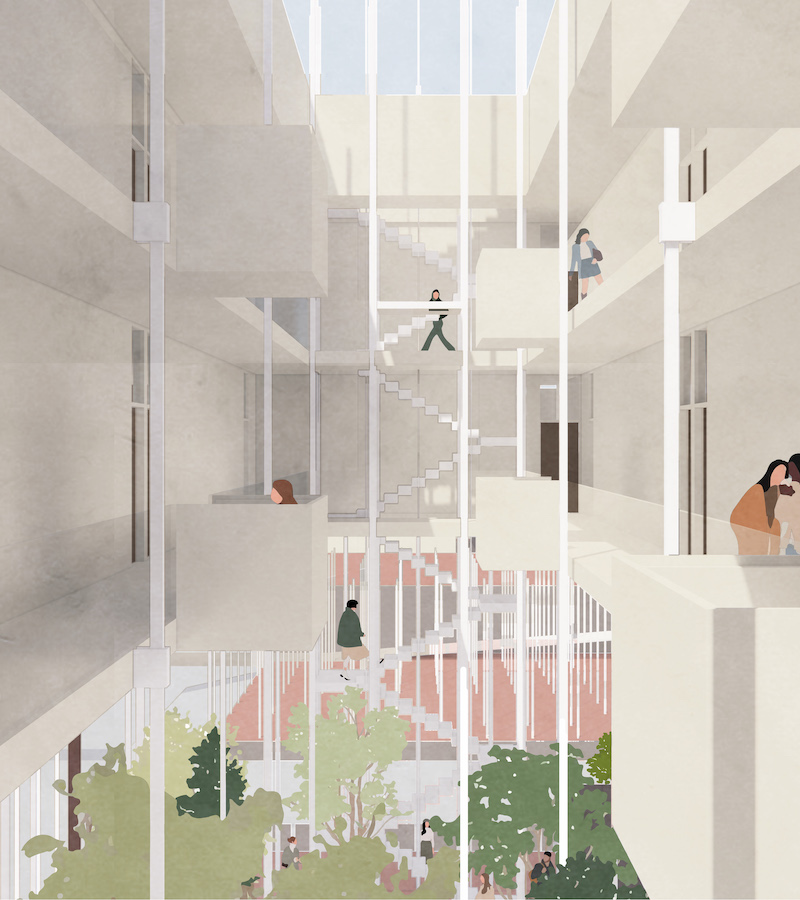