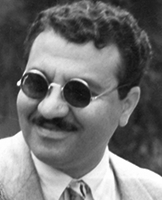 As an architect, planner, and urban designer, I believe that architecture and urban planning are not simply about self-expression. Instead I see their mission as the attempt to capture the culture of the place within a framework of  poetic sensitivity and political position. I believe in architecture as the art of narrative, or good story telling. It is my conviction that architectural projects should be conceived as sound arguments. As an urban Designer, I am committed to an approach that is based on including culture as a basic component of any communicative action.  As an architectural historian and urban theorist, I believe that buildings and their surrounding contexts often communicate these embedded propositions and assumptions. As an urban historian, I believe that history is always written from the present moment and often in the service of it. As such there is no history that is innocent of contemporary demands. From this perspective, it is my conviction — as may be evident from my writings — that history is neither the knowledge of things that have occurred in the past, nor the memory of these past events, but rather it is the convergence of these events with certain individuals or communities and in specific places as interpreted by others who are usually removed from the time and place of these events.

Nezar AlSayyad is Distinguished Professor Emeritus of Architecture, City Planning, Urban Design, and Urban History. He  was a member for the Urban Design Graduate Group (MUD) and the International Area Studies Graduate Group (IAS). He was the Faculty Director of the Center for Arab Societies and Environments Studies (CASES) and for two decades he also chaired the Center for Middle Eastern Studies at Berkeley leading it to International standing. http://faculty-alsayyad.ced.berkeley.edu/alsayyad.html

Educated as an architect, planner, urban designer and historian, AlSayyad is principally an urbanist whose specialty is the study of cities, their urban spaces, their social practices and their economic realities. As a scholar, AlSayyad has authored and edited several books on colonialism, identity, Islamic architecture, tourism, tradition, urbanism, urban design, urban history, urban informality, and virtuality. He has also produced and co-directed two public television video documentaries: “Virtual Cairo” and “At Home with Mother Earth.” Among his numerous grants are those received from the U.S. Department of Education, NEA—Design Arts Program, Getty Grant Program, the Graham Foundation, the SSRC, and a Guggenheim fellowship. His awards include the Beit AlQuran Medal from Bahrain, the Pioneer American Society Book Award, the American Institute of Architects Education Honors, and the Distinguished Teaching Award, the highest honor the University of California bestows on its faculty.

In 1988, AlSayyad founded the area of Environmental Design and Urbanism in Developing Countries (EDUDC), an interdisciplinary area of research and practice that connects history, theory, social processes, and design, and in the same year he co-founded the International Association for the Study of Traditional Environments (IASTE), a scholarly association concerned with the study of indigenous vernacular and popular built environments around the world where he still serves as its president. AlSayyad also maintains a small architecture and urban design practice XXA- The Office of Xross-Xultural Architecture  which provides design and consulting work to various clients in the US and several Developing Countries.

Traditions: The ‘Real’, the Hyper and the Virtual in the Built Environment (2014)

The Design and Planning of Housing (1984)