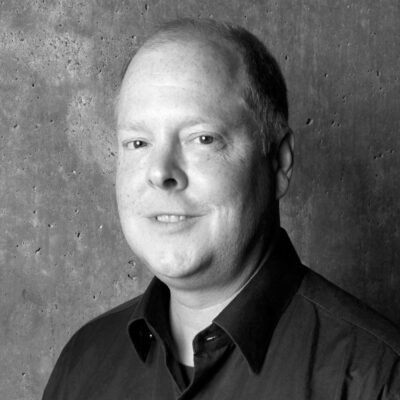 "We didn't want to draw or diagram the essentially visceral approach that we imagined, so instead we built a kind of machine that we called: HotPlateColdPlateMudMapSnowBlindBladderBladder. We built this machine of stinky, local mud and hoses and pumps and copper pipe and sheet metal radiator plates and chillers and boilers and two huge, pulsing, custom-fabricated rubber bladders, all set before a scrim of blinding whiteness slashed with a yet more intense halogen horizon, creating a light so bright that the machine and the mud and the world and the light itself became invisible, and only feeling was left. Then we filled this space of only-feeling with people milling about, intensely aware of the invisible light and mud and pulsing mechanical bodies, the swelling and sucking envelopes of heat, the gently drifting atmospheres, and pressures, and humidities." - From Anderson Anderson: Architecture and Construction

Mark Anderson has broad experience in building design and construction, as an architect, general contractor, construction craftsman and educator. In partnership with his brother, Peter Anderson, he has designed and constructed numerous building projects in the United States and Asia—including residential, public and commercial commissions—and has also directed construction technology research projects, exhibitions and public art installations in the United States, Europe and Asia. He is a founding partner of Bay Pacific Construction, and has built extensively as a general contractor in California, Washington State and in Japan, where he has also lectured widely on construction technology issues and served as a consultant and project collaborator with government agencies, including the Japan Ministry of Construction, the Kitakysushu Municipal Housing Authority, the Washington State-Hyogo Prefecture Earthquake Reconstruction Committee, and the United States Department of Commerce.

In addition to extensive experimental works in drawing and prototyping, Mark Anderson’s work in building design and construction focuses on technology innovation and off-site prefabrication applied to unique sites and cultural conditions. He has been involved for many years in the design of affordable modular and portable school and community structures, including zero- and positive-energy classroom systems, such as recent projects built for Harvard University, Tufts University, and the State of Hawaii Department of Education. A major focus of his research and design work in recent years has been on modular, high-density housing and mixed-use urban development projects incorporating sustainable systems and on-site energy production.

His architecture work has received many international, national and regional competition prizes and design awards, including three Progressive Architecture Honor Awards; national honors from the American Institute of Architects, the Boston Society of Architects, the American Wood Council; the Emerging Architects honor from the New York Society of Architects; and particular recognition for design work in service to society and the environment, from such groups as the Danish Royal Index Awards, Copenhagen; the Zumtobel Awards, Zurich; and the Holcim Awards, Zurich.

His drawings, design models and industry prototypes have been widely exhibited, including at the Venice Biennale of Architecture, the Museum of Modern Art in New York, the Hamburg Museum für Kunst und Gewerbe, the Los Angeles Museum of Art and Design, the San Francisco Museum of Modern Art, the Panama City Museum of Art, and the Danish Design Museum. His work has appeared frequently in books and professional publications in the United States, Asia and Europe—including in the journals Architecture, Architectural Record (New York), PLAN (Milan), Deutsche BauZeitung (Berlin), Architecture Review (London), and L’Industrie delle Costruzioni (Rome). A monograph on his work, Anderson Anderson: Architecture and Construction, was published by Princeton Architectural Press in 2001. A book on his design and construction technology work, Prefab Prototypes; Site-Specific Design for Off-Site Fabrication, was published by Princeton Architectural Press in 2007, and nominated for a Royal Institute of British Architects Book Award. An issue focus, fifty-page retrospective and critical review on his design work was published by Taiwan Architect, May 2009. He is frequently invited to present lectures and workshops on his design work and experimental projects at museums and universities in the U.S., Asia, and Europe. Mark Anderson is an appointed Peer member of the United States Federal Commission for Excellence in Art and Architecture, and an elected Fellow of the American Institute of Architects. 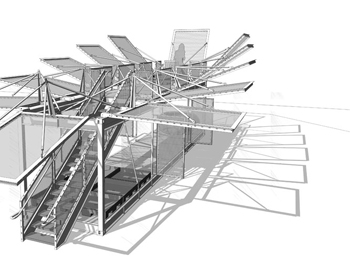 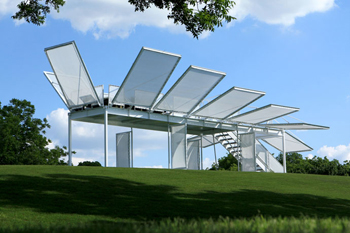 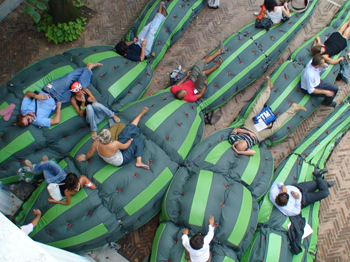 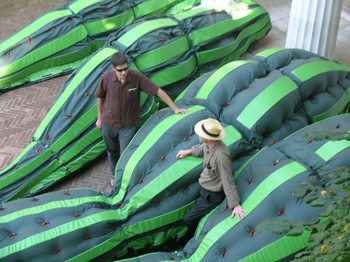 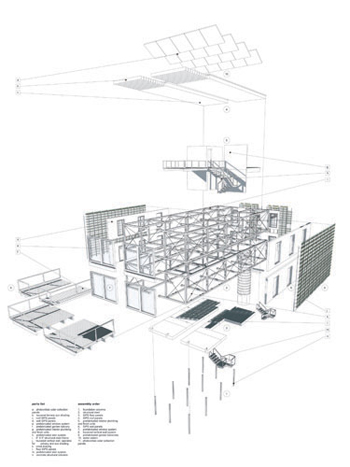 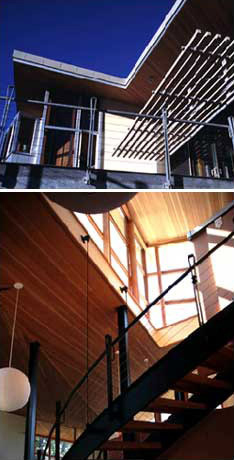