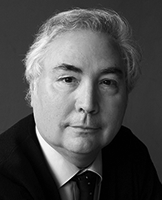 Castells was born in Spain. He studied law and economics at the University of Barcelona and Paris.  In 1972 he published his first book, La Question Urbaine, that was translated into 10 languages and became a classic around the world.  Before moving to the United States in 1979, he received his Ph.D in sociology and human sciences from the University of Paris-Sorbonne.