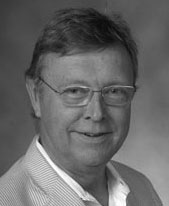 Lars Lerup is the Harry K. and Albert K. Smith Professor of Architecture and the Dean Emeritus at Rice School of Architecture, Houston Texas and Professor Emeritus of University of California at Berkeley.  He was awarded Doctor honoris causa in technology by Lund University, Sweden in 2001.

Born in Sweden, he holds degrees in engineering (Sweden), architecture (UC Berkeley) and urban design (GSD, Harvard). Lerup has written several books: Villa Prima Facie 1976, Building the Unfinished 1977 (also published in German), Planned Assaults 1987 (also published in Chinese), After the City 2000, and some fifty essays in international magazines. His most recent book One Million Acres and No Zoning was published in 2010.

Lerup was elected Swedish American by Vasa Orden in 2004. He was the Harold W. Brunner Rome Prize Fellow at the American Academy in Rome 2009-10.