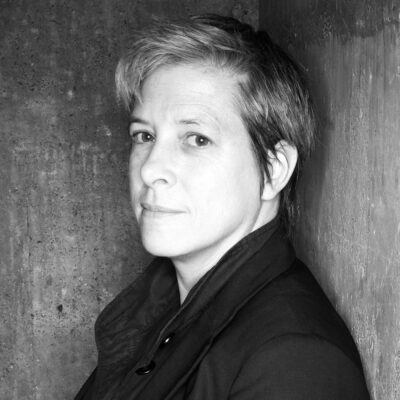 Kristina Hill is an associate professor at the University of California, Berkeley. Professor Hill studies urban ecology and hydrology in relationship to physical design and social justice issues. Her primary area of work is in adapting urban districts and shorezones to the new challenges associated with climate change.

In the past, she helped to develop new ideas for urban water system design that support salmon health in the Pacific Northwest. Her involvement as a citizen in urban system advocacy led her to serve as the head of a transit agency in Seattle, after helping to found that agency as a volunteer board member.

After Hurricane Katrina in 2005, she became a member of the Dutch-American engineering and design team that developed New Orleans water management strategy. She continues to collaborate internationally to understand the potential for designs to help protect coastal communities as sea levels rise.

Prof. Hill currently focuses her research on adaptation and coastal design in the San Francisco Bay Area, but engages in comparative studies in the US Mid-Atlantic, Europe, and Hawaii. Professor Hill lectures internationally on urban design and ecology. Before coming to Berkeley, she served as chair of the Landscape Architecture Department at the University of Virginia. Her book, Ecology and Design: Frameworks for Learning, was published by Island Press in 2002, and her current book project proposes adapting urban waterfronts to climate change while incorporating productive ecosystems.

She received her Ph.D. from Harvard University, and was a member of the faculty at the Massachusetts Institute of Technology, the University of Washington in Seattle, and the University of Virginia before coming to California. She was honored as a Fellow of the Urban Design Institute in New York, and has conducted research in Stockholm, Sweden, as a Fulbright Scholar.