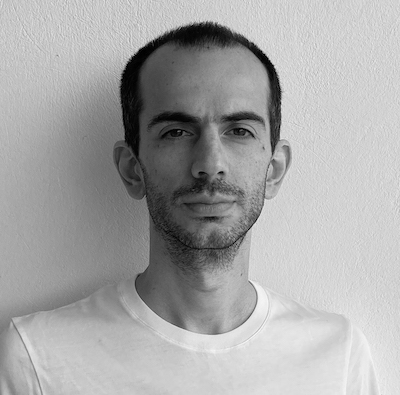 Georgios Eftaxiopoulos is an architect. He is Assistant Professor at the University of California, Berkeley, and principal at the architecture and urban design practice EO. Previously, he practiced in Belgium and Switzerland and taught at The Berlage, the University of Navarra, the Royal College of Art, the Architectural Association and Aarhus School of Architecture.

Georgios’s work focuses on the relationship between architecture and economy. His research and teaching investigate historical and contemporary spaces, processes and networks of extraction and accumulation. He was awarded his PhD from the Architectural Association. His doctoral project Stásis: A Critique of Flexibility in Architecture theorizes the notion of flexibility and discusses its use and misuse in architecture. Georgios is a member of the research collective The City as a Project and, among others, his texts have been published at Perspecta, AAFiles and OASE. Across his practicing career, he has developed and collaborated on several realized and unrealized architectural, urban and territorial projects in Europe, Asia and the Middle East.