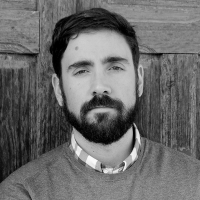 The work of Alberto Sanchez-Sanchez explores the conception of rurality and its architectural implications in modern Spain (1939-present). His areas of interest include modern and vernacular architecture, infrastructures and public works, historic preservation, anthropology, demography, human rights, material culture, and public policy.

Alberto holds a professional degree in Architecture from Universidad Politécnica de Madrid, Spain, where he was awarded the 2012 National Award for Excellence in Academic Performance in Architecture. He also holds a Master of Science in Historic Preservation from Columbia University, where he studied as a Fulbright scholar. His master’s thesis explored the effects of depopulation on Spanish rural heritage, the conception of rurality within the political discourse of the European Union, and the effects this construction has had on the definition of rural development policies. His work received the Historic Preservation Faculty Award for Outstanding Thesis, the Cleo and James Marston Fitch Thesis Award, and the William Kinne Fellows Prize.

Alberto is a licensed architect in Spain and has worked as a freelance architect and consultant for several architectural firms and public institutions. He is also the founder of @casadepueblo, a bilingual Instagram diary recording the restoration of a seventeenth-century historic house in his Spanish rural hometown. Both his academic achievements and @casadepueblo have been recognized in Spain, including being featured in Radio Nacional, Cadena SER, El Mundo, and Heraldo de Aragón. Prior to starting his PhD at UC Berkeley, Alberto was a Program Associate at World Monuments Fund in New York City.