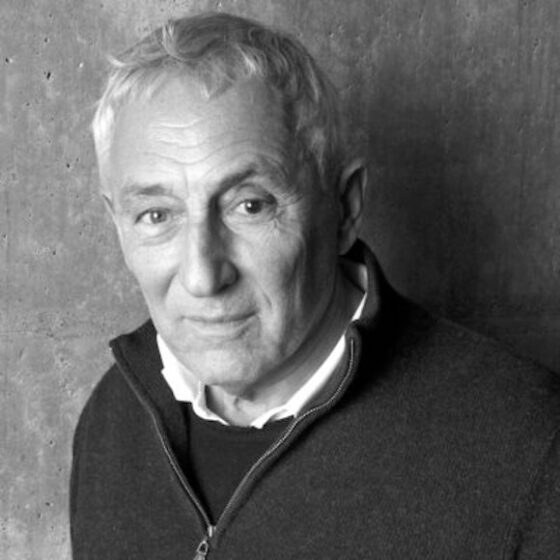 The College of Environmental Design is honored to announce that Raymond Lifchez, Professor Emeritus of Architecture and of City & Regional Planning, has donated $2.5 million to endow the Lifchez Professor of Practice in Universal Design and in support of continued fundraising efforts at CED.

Coinciding with Lifchez’s 50th anniversary of teaching at UC Berkeley, the endowed Professor of Practice in Universal Design will honor Professor Lifchez’ legacy and life’s work by elevating the importance of incorporating accessibility and disability justice into design education. His gift will grow the College’s leadership in the area of disability and environmental design as well as honor Lifchez’ groundbreaking work in the area of design for disability.

Lifchez’s gift is a reflection of his long history of generosity and vision to assist those who navigate mobility and the designed environment. He received his architecture license in 1967 while teaching at Columbia University, where he also received a Master in Architecture and a Master in Art History. In 1970, he started graduate studies in UC Berkeley, where he would gain a Master of City Planning.

During his graduate studies in UC Berkeley, he developed a unique course for undergraduate students which centered on the concept of accessibility to architectural designs. In this course, Lifchez would invite people with disabilities to participate in the class by acting as “clients” for the buildings his students were designing. In a 2018 interview with the Center for Independent Living (CIL) Lifchez said, “In designing buildings, you think about people. And it occurred to me early on that it would be important to know about how other people experience the same buildings.”

In 1980, Lifchez was a finalist for the National Book Awards for his co-authored book, Design for Independent Living: The Environment and Physically Disabled People. The book profiles many physically disabled members of Berkeley who attempt to make their environments work, despite the lack of accommodation. The book addresses research around design solutions that would contribute to the betterment of disabled community members. Over the years, Lifchez has written many publications on topics including accessible design, architectural design pedagogy, and the social history of architecture.

As a beloved professor and activist, Lifchez has been recognized many times over by the institutions he teaches at as well as by his students and peers. In 1976, he received UC Berkeley’s Distinguished Teaching Award. In 2002, he received the Association of Collegiate Schools of Architecture Distinguished Professor Award, which was followed in 2008 by the Berkeley Citation. Recently, in 2018, he also received the Ed Roberts Day Award by the CIL, which honors those who have made significant contributions to the disability rights movement both in the United States and internationally.

While this endowment gift to CED is extremely generous and impactful, this is not Lifchez’s first contribution. In 2006, Lifchez endowed the Judith Lee Stronach Baccalaureate Prize, commemorating his late wife. The prize supports intellectual and creative pursuits that heighten awareness of issues of social consciousness and contribute to the public good. In 1998, Lifchez and Stronach founded the prestigious Undergraduate Prize for Architectural Design Excellence, or the BERKELEY PRIZE, an international design essay competition that splits a $25,000 prize among the top students.

Lifchez has made a colossal impact on the Berkeley community over the years. This latest gift is yet another extension of his endless generosity and thoughtfulness. CED is extremely grateful for Lifchez’s philanthropic gesture and is also greatly appreciative for all of his great accomplishments in the field.