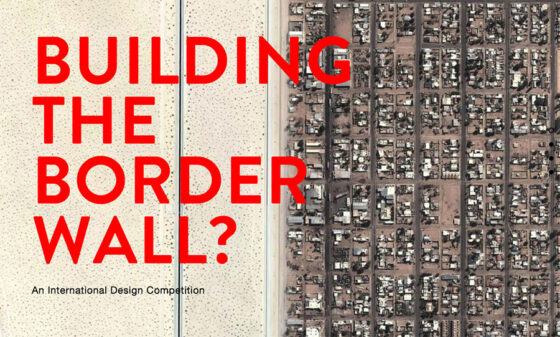 Associate Professor of Architecture, Ronald Rael, wrote an article published in the Architects Newspaper about the controversial competition called “Building the Border Wall,” organized by the Third Mind Foundation.  Perhaps in response to emerging criticism about the ethical implications of such a call to architects, the competition website later added a question mark to the title, changing it to “Building the Border Wall?” Since the competition was announced, as noted by the Archdaily.com website, several other edits have been made to the competition website, creating some controversy about the clarity of the competition’s agenda, the position of the organizers, and moreover, the moral implications of the competition itself. What further raises questions about this competition is the organizers’ insistence that they are “politically neutral” to the issue of building a wall along the border and that wish to remain anonymous.