The Stafford Jory Collection contains three flat file drawers of project files and drawings, most of which are private residences in the Bay Area.
Project Index
Index Guide
Finding Aid

Stafford Jory entered UC Berkeley in 1907, where he became one of John Galen Howard’s first students. After receiving his B.S. in 1912, he continued under Howard’s tutelage, earning a Masters in 1913 and the discontinued Graduate in Architecture degree in 1914. His brother Arthur Jory also attended the Berkeley Architecture Program and they worked on a number of projects together. In these early years he often created beautiful color renderings for Howard.

Jory attained the position of professor at Berkeley; however, World War I interrupted his career. After the war, he returned to his teaching position where he remained until his retirement in 1956. During these years, he was also a practicing architect, responsible for a number of residences in the Berkeley area. These include the Alpha Delta Phi Fraternity House, Alpha Omicron Pi Sorority House, and the house of his friend Farnham Griffiths. His professional relationship with Howard continued throughout his career as they collaborated on many university buildings, including Wheeler Hall, Hilgard Hall, parts of Doe Library, Edwards Track Stadium, and the School of Law built in 1950.

In addition to architecture, Jory was also active in Floriculture, where he found international recognition for his work in the hybridization of geraniums and the iris. His “William Mohr Crossing” led to the revolutionary development of the tall bearded garden iris. He also photographed landscapes, gardens, and architecture. He was a member of the American Iris Society, the Aril Societe Internationale, and the Photographic Club of America.

The Stafford Jory Collection contains three flat file drawers of project files and drawings, most of which are private residences in the Bay Area. Project records also include his institutional work around UC Berkeley and his decades-long association with Mountain View Cemetery in Oakland, which was originally designed by Frederick Law Olmstead. Unfortunately, it is impossible to know how much Jory contributed to certain project records, as these records only credit the firm or lead architect, e.g. J. G. Howard. In addition to the project records, there is the Personal Papers series, which collects his student work from UC Berkeley. 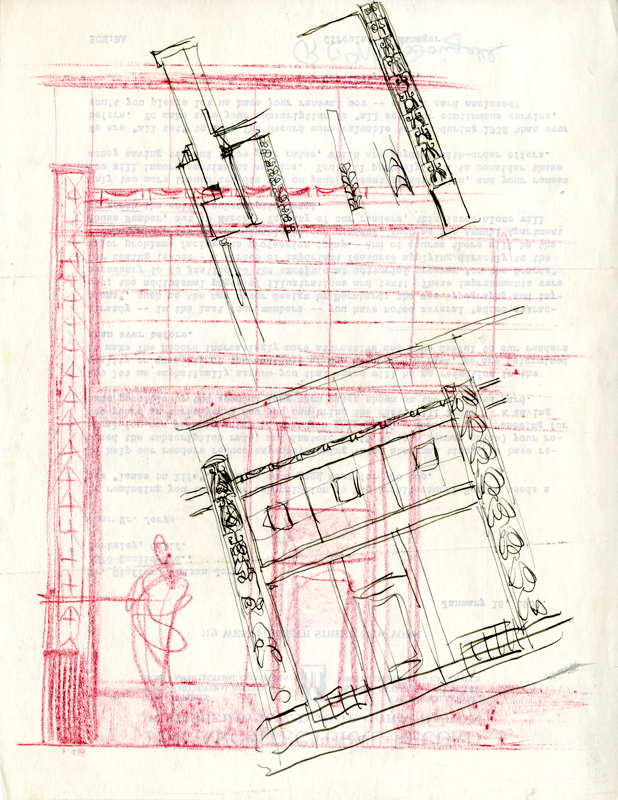