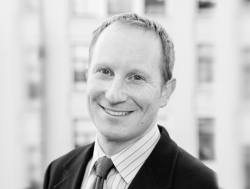 Prior to joining the Governor’s office in April 2019, Egon was the Regional Planning Director at SPUR, the Bay Area’s urban policy think tank. While at SPUR, Egon authored or co-authored dozens of reports and policy studies on the intersections of economic development, regional planning, workforce preparation, land use, transportation and governance. His published reports include Harnessing High-Speed Rail, The Urban Future of Work, a Bay Area Economic Prosperity Strategy and the first-ever report on the Northern California megaregion. He was a frequent speaker and guest lecturer and also served on the San Francisco Workforce Investment Board, the Regional Planning Committee for the Association of Bay Area Governments and was Vice Chair of the Policy Advisory Council of the Metropolitan Transportation Commission.

Egon is a frequent speaker and lecturer, and also serves as an adjunct instructor at Stanford University. He previously taught courses in urban planning at the School of Urban and Public Affairs at the University of San Francisco and in the Department of Urban and Regional Planning at San Jose State.